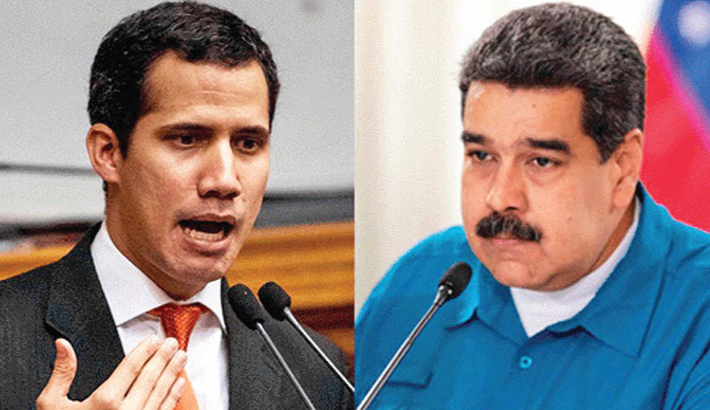 The members of the European Parliament were being tossed out with no explanation, said Spanish MEP Esteban Gonzalez Pons, who led the group.

“We are being expelled from Venezuela. Our passports have been seized. They have not informed us of the reason for the expulsion,” Pons said. The incident on Sunday is the latest point of tension between the international community and Maduro, who is in the grip of a power struggle with Guaido, the head of the National Assembly who proclaimed himself interim president last month. Guaido has the backing of more than 50 countries including 30 in Europe.

Pons’ fellow Spaniards Jose Ignacio Salafranca and Gabriel Mato Adrover, as well as Esther de Lange of the Netherlands and Paulo Rangel of Portugal, were also expelled. All are members of the conservative European People’s Party (PPE). Writing on Twitter, Guaido said the MEPs were being “deported by an isolated and increasingly irrational regime.”

Foreign Minister Jorge Arreaza said the Europeans had “conspiratorial aims” and were sent back from the country’s main Maiquetia airport.

Earlier Sunday Guaido set a goal of enlisting a million volunteers within a week to confront a government blockade that has kept tons of humanitarian aid, most of it from the United States, from flowing into the country where residents can’t get enough food and say they are dying because of a shortage of medicines. Guaido has given next Saturday—one month to the day after he proclaimed himself acting president—as the date for a showdown with Maduro over the aid.