Abe nominated Trump for Nobel after US request 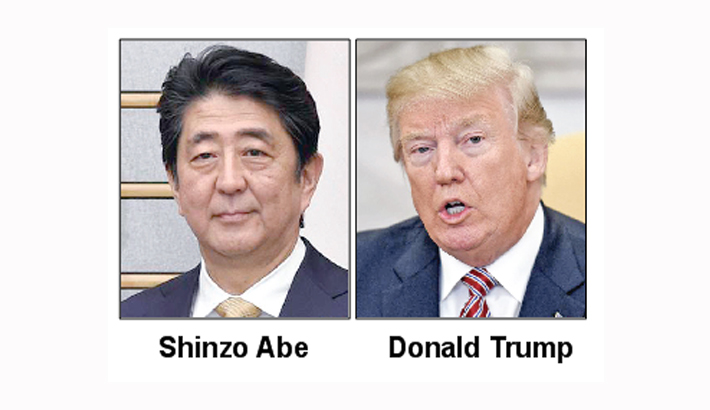 TOKYO: Japan’s Prime Minister Shinzo Abe nominated US President Donald Trump for the Nobel Peace Prize last autumn after being requested to do so by Washington, a Japanese newspaper reported Sunday, reports AFP.

Washington sounded out Tokyo over the possibility of nominating Trump for the prize after his landmark summit with North Korean leader Kim Jong-Un in June last year, an unnamed Japanese government source told the Asahi Shimbun.

The report came after Trump’s claim on Friday that Abe had nominated him for the prize. Trump said Abe had sent him a copy of a five-page nomination letter delivered to the Nobel Peace Prize committee in which the Japanese leader praised his efforts in defusing tensions with Pyongyang.

“He said ‘I have nominated you respectfully on behalf of Japan. I am asking them to give you the Nobel Peace Prize.’ I said thank you,” Trump told reporters at the White House. “Many other people feel that way, too. I’ll probably never get it. That’s okay.”

Japanese officials did not respond to AFP’s requests for comment on Trump’s claim or the newspaper report.