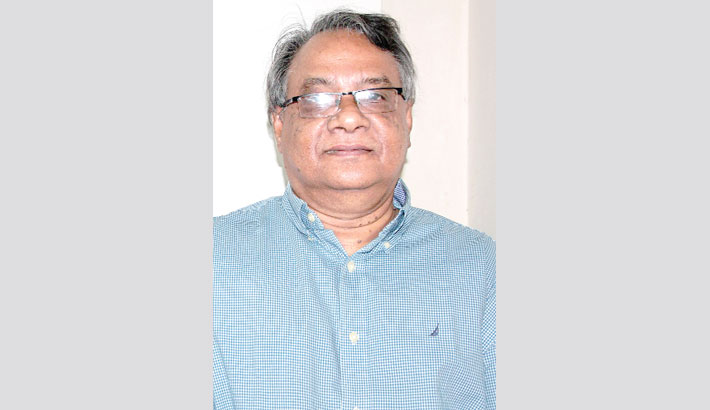 Football has been the first love of the sport lovers of Bangladesh. As a game, it is played all over the country and peoples of all ages love the game. Football is being played in Bangladesh for about close to two centuries. A source suggests that a Dhaka football league was regularly organised from the early 1900s. The oldest sports club in Dhaka was the Wari Club established in 1898 followed by the Mohammedan Sporting Club in 1899. Later, other clubs were established like the Victoria, Dhaka Wanderers, Azad Sporting Brothers Union, Rahmatganj Muslim Friends Society, Arambagh Sporting, and Farashganj Sporting Club and many more. During the Pakistani days, a number of office clubs also participated in the Football League. Some of those were, PWD, Police, Dhaka Central Jail, East Pakistan Government Press (EPG), East Pakistan Industrial Development Corporation (EPIDC), East Pakistan Railways to name some. Here it needs to be mentioned that some of them even continued after the emergence of Bangladesh. The EPIDC was changed into Bangladesh Jute Mills Corporation (BJMC) and EPG Press into BG Press. One of the most popular sport clubs since the liberation of the country is the Abahani Krira Chakra (AKC). It was established in 1972. Here it may be mentioned that as per rules of the Dhaka Football league the club that was placed last in the point table of the league was relegated to the second division league. In its place, the top team of the second division league was promoted to the First Division Football League. In this process, former Iqbal Sporting Club was promoted to the first division league. The Iqbal Sporting Club was renamed as the Abahani Krira Chakra in 1972 that later became a household name in Bangladesh with huge support base of the sports lovers.

Dhaka Football League, in fact, mesmerised the people especially the youth till the early nineties of the last century. People from all walks of life thronged the Bangabandhu stadium to watch matches played between different clubs of the Dhaka League. On match days, the scene around the stadium that included the Bangabandhu Avenue, Motijheel and Dilkhusha looked completely different from any other ordinary day. All these places used to be full of supporters of the clubs that were supposed to play the matches. The popularity of the Dhaka Football was not only limited to Dhaka city but transcended across the country. The two clubs, namely, Abanhani KC and Mohammedan SC drew the maximum number of supporters throughout the country. The other big names like the Brothers Union, BJIC, Wanderers and Victoria also had their fans or popular support base. But compared to the Abahani and Mohammedan they were way behind. The Brothers Union was considered to be a Para or locally (Gopibagh) based club and the BJMC/BJIC was the sports wing of a state owned industrial corporation or group. Other clubs had limited popular support base. In fact, till the nineties of the last century the Abahani KC, Mohammedan SC and Brothers Union dominated the Dhaka Football League in terms of winning the championships and large scale popular support base among the football fans. As mentioned earlier, the fans and supporters of the Abahani KC and Mohammedan SC were found everywhere. There was a popular notion that the Mohammedan SC had more supporters in the older parts of the Dhaka city. On the other hand, the Abahani KC’s fans overwhelmingly came from the new Dhaka. The dividing line between old and new Dhaka has been the, now defunct or nonexistent, railway track separating Nawabpur and Bangabandhu Avenue. In every Para or locality these two clubs had informal fan groups. In the League matches with other clubs these fan groups used to come to the stadium with banners and festoons. When the big matches between these two giants were played the stadium used to be filled up with spectators more than the official capacity. To secure a place in the gallery made of concrete the spectators needed to enter the stadium hours (3 to 4) before the actual start of the match. To pass time, many of the spectators used to play game of cards with friends and fellow supporters. Some also used to bring small record players to play recorded jokes especially of Bhanu Banerjee, famous comedian of west Bengal who belonged to this part before the partition of 1947. Vendors were also there selling Ghugni, Jhalmuri, Chanachur and cigarettes etc. The entrance gates to the stadium were limited. Usually there used to be long queues in front of the gates. Besides the queues, the entry ticket black marketers used to move around whispering if anyone needs a ticket of course with a higher than the regular price. The Police had to struggle hard to streamline the entry of the fans into the stadium. Those matches were talks of the town that included the Para or Mohollah, schools, colleges, universities and offices of all kinds. Heated debates regarding the prospect of the ensuing match were quite common among the supporters or fans. Even there were sharp divisions among friends. Sometimes these ended in some kinds of brawls among them. It is interesting to mention that the stadium itself used to be divided into two parts with the supporters of the clubs. It was quite common that friends supporting different clubs started together for watching the match and after reaching the stadium parted their ways to enter into the sections of their fellow supporters. The supporters of Abahani KC were not welcome in the sections of the Mohammedan supporters and vice versa. Many unpleasant occurrences were there in such situations with supporters of these two clubs. However, inside the stadium atmosphere used to be electrifying. Continuous thunders of cheers used to rock the stadium. Goal scoring was greeted with continuous applauses and nonstop clapping of hands.  At the end of the matches of the giants usually there were street fights and brickbats among the supporters and the police forces maintaining law and order. Many times it happened so that after some time supporters of both the clubs used to get united and fight against the police together. Many a times, the police had to resort to the use of tear gas to disperse off the feuding supporters. All vehicular movements would come to a halt. The spectators at the end had to take long walk to go back to their homes. 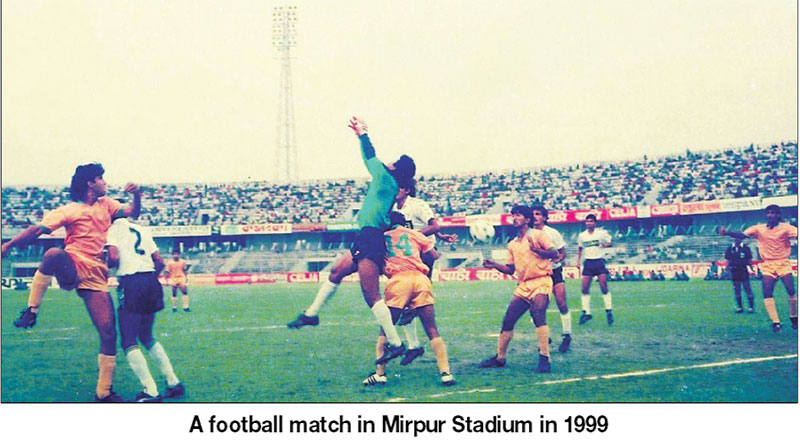 The star footballers like Salahuddin, Pintu, Pratap, Enayet, Amolesh, Ashish, Nausher, Badal Roy, Chunnu, Tipu, Manju, Nannu, Shantu, Wasim, Anwar, Helal, Salam Murshedy, Johnny and Monem Munna, to name only a few, stole the hearts of the football fans irrespective of club affiliations. Sri Lankans footballers Pakir Ali, Loinel Pirich also had great following among football fans. Some of the referees like Daliluddin, Nani Bashak, Monir Hossain, Zahurul Haque also gained star status during those days. Live running commentary was also very popular. The voices of Abdul Hamid, Manjur Hasan Mintu, Taufiq Aziz Khan and Alfazur Rahman as commentators cannot be forgotten. These are some of the highpoints of the heydays of the Dhaka First Division Football League. It was at the heart of all. For about two centuries, it was the first love of sport lovers. From the mid nineties things were changing. Cricket which was a seasonal and predominantly urban sport in Bangladesh started to attract the attention of the general masses. The contributing factor was laudable performance of cricket in the international arena. Within a decade, Bangladesh cricket joined the global elite club of the test playing nations. This brought name and fame and provided long needed international identity and recognition to Bangladesh in the world of sport. In this changed scenario, it seems that football somewhat lost its way and its mesmerising effects waned. In the meanwhile, professional football league has been introduced in Bangladesh. But somehow it has not been successful in winning back the popular support it used to enjoy in earlier days. The galleries of the stadiums are remaining empty for dearth of spectators and the football lovers and organizers are guessing what ought to be done to bring back the glorious days of the sport called football.