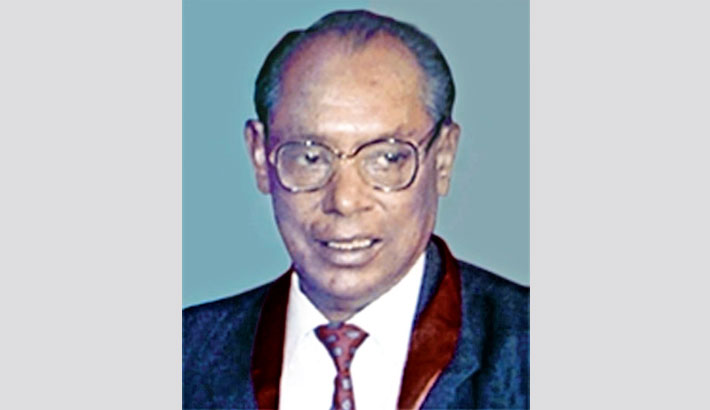 On February 16 in 1942, Wazed Miah affectionately called ‘Sudha Miah’ was born in a respectable Muslim family of Laldighi Fatehpur village under Pirganj upazila in Rangpur district.

He breathed his last in Dhaka on May 9 in 2009 and was buried at the family graveyard in his native village at Pirganj.

Different political and socio-cultural organisations have organised programmes in Dhaka and Rangpur districts in observance of his birthday.

The programmes include placing of wreaths at the grave of Wazed Miah, holding discussion, offering milad mahfils and special munajats and distribution of food among the poor and distressed people.

Wazed Smriti Sangsad arranged two-day programmes to mark the day which was ended on Saturday.

Drawing and handwriting competitions, poem recitations and performance of patriotic songs were arranged at about 3:00pm on the Rangpur Town Hall premises on Friday.

Special prayers were offered at different mosques after Asr prayers seeking eternal peace for the departed soul of Wazed Miah and well-being of prime minister Sheikh Hasina and other family members.

A discussion on the life and works of Wazed Miah was arranged at the Rangpur Town Hall auditorium on Saturday evening and prizes, crests and certificates were distributed among winners of different competitions.

Friends, classmates and family members of Wazed Miah, academics, intellectuals and civil society members took part in the discussion on his life and works.

Bangabandhu Gabeshana Parishad organised a discussion and offered special prayer for Wazed Miah at Purana Paltan office in the capital at 4:00pm on the day.

The Wazed Foundation, Begum Rokeya University, district and Pirganj upazila units of AL and its associate bodies and family of Wazed Miah have celebrated the birthday of the renowned nuclear scientist.