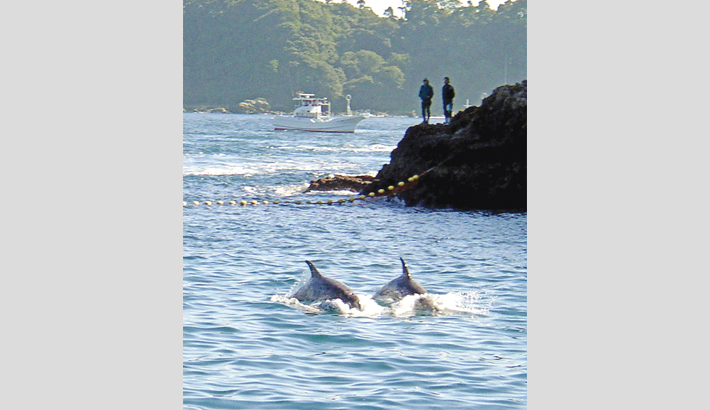 TOKYO: Environmental campaigners have filed an unprecedented lawsuit in a bid to halt the so-called “drive hunting” of dolphins in Japan, arguing the practice is cruel and illegal, reports AFP.

In drive hunting, fishermen force dolphins into a cove by beating on boats to disorient them. The panicked animals often get tangled in nets, suffocate and drown. Activists say some dolphins smash into rocks and die of injuries, while others are killed by fishermen who thrust a long metal rod repeatedly into the body just behind the blowhole to damage the spinal cord.

In the suit filed last week, the plaintiffs are demanding the governor of western Wakayama prefecture revoke a three-year drive hunting permit in the port town of Taiji.

The practice was filmed in the 2009 Oscar-winning documentary “The Cove”, which sparked controversy when it thrust the annual hunt into the global spotlight.