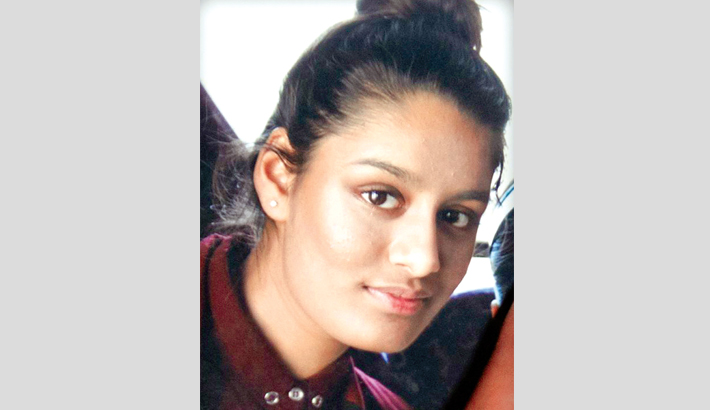 Shamima Begum’s fate has prompted soul searching in Britain since she and two friends created international headlines by running away to join the terror network in 2015.

Home Secretary Sajid Javid told The Times newspaper that people like Begum “were full of hate for our country”.

“My message is clear—if you have supported terrorist organisations abroad I will not hesitate to prevent your return,” he said.

“Like it or not, these individuals were products of our society, and it would make sense to take a good, hard look at why they turned their backs on it in such dramatic fashion,” Barrett wrote.

Prominent ruling Conservative party lawmaker Jacob Rees-Mogg also told a BBC television talk show that “we must have some human sympathy for someone who has been abused”.

The girls’ decision to join the IS group created initial resentment and disbelief in a country that has been a frequent target of bloody strikes linked to jihadis.

Their fate was uncertain until The Times newspaper managed to find an unrepentant Begum—now 19 and about to give birth for the third time after seeing her first two children die—at a refugee camp in eastern Syria.

“I just could not endure any more,” she told the paper.

“I fled the caliphate. Now all I want to do is come home to Britain.”

The interview prompted some right-leaning newspapers to call on the authorities to keep Begum out.