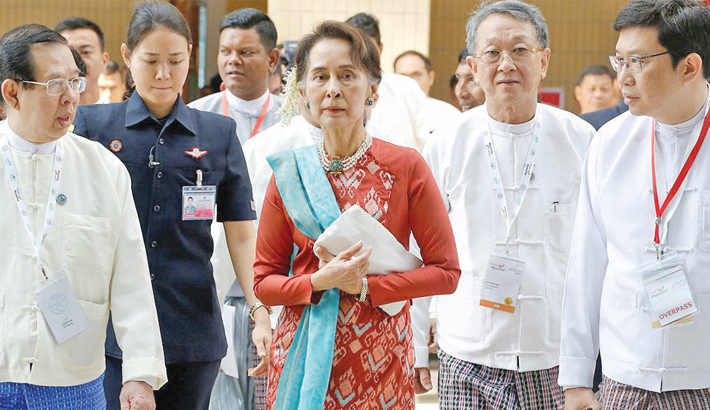 YANGON: New political groups are emerging to contest Myanmar’s next election in 2020, aiming to challenge the hegemony of national civilian leader Aung San Suu Kyi after she has been weakened by escalating ethnic conflicts and slowing economic growth, reports Reuters.

Those factors were blamed by party officials for the poor performance of Suu Kyi’s National League for Democracy (NLD) in by-elections in November, when it won only seven of the 13 seats up for grabs as regional and army-linked parties made gains.

“Now that ethnic parties have allied with one another and prepared, we can’t fully rely on the power of the party. We must try harder than before to win the trust of the people,” said Dashi La Seng, an NLD lawmaker from the northern state of Kachin, where the party lost a seat in November.

At stake is the future of Myanmar’s transition to democracy. The NLD swept to power in a landslide in 2015, winning a comfortable majority in parliament despite 25 percent of the seats being reserved for the army.

While the NLD is still expected to do better than other parties in 2020, its majority could suffer severe losses, say analysts.

“It’s questionable whether the NLD will win enough seats to form the government. If they don’t, they’ll have to form a coalition or negotiate with other parties,” said Ye Myo Hein, an analyst at the Tagaung Institute of Political Studies. Suu Kyi has responded to recent setbacks with a flurry of activity. The Nobel laureate has faced criticism from ethnic leaders that her government is high-handed and lacks understanding of the political demands of the country’s myriad minorities, while investors have long complained about the slow pace of reform.

The burst of activity was interpreted as an attempt by Suu Kyi to more actively push the government’s message to constituents and investors. But rivals have been busy, too.