Never thought I’d get to talk about feminism all day: Larson 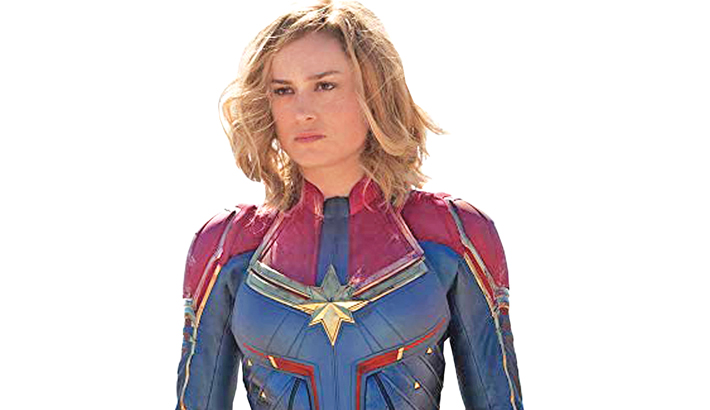 Featuring in and as Captain Marvel helped Brie Larson realise a dream she didn’t think was possible, reports PTI.

The actor says the film gave her a “larger” platform to contribute to feminism, a cause dear to her heart.

Larson stars as US Airforce pilot Carol Danvers, who becomes one of the universe’s most powerful heroes, Captain Marvel.

The 29-year-old actor, who is a vocal women’s rights activist, said it struck her while working on the Marvel film that she would be able to reach out to more people with the message of gender parity, a privilege not enjoyed by an indie movie that she usually collaborates on.

“It was really powerful and exciting. And it’s also allowed me opportunities ‘coz the film is so big, I knew I would be able to share certain concepts on a much larger scale than I’d been able to previously in independent films and even carry that over in the press tours.

“I have never had a press tour like this where we were able to work on reaching parity along the way. I feel so lucky that I made my first blockbuster movie and I just get to talk about feminism all day. I never would have thought that was like a possibility for me. That’s like my dream,” Larson told PTI during a group interview.

With ‘Captain Marvel’, which is an origin story set in the 1990s, the actor has become the first woman to lead a standalone Marvel superhero film.

The Oscar winner says she toiled for nine months before she started shooting and the inherent connect with the story made her get up every day, even when she felt like giving up.

“I think you have to have something that kind of transcends the movie, that keeps you going, that gives you fuel every day. Because it takes too long to make it and I trained for nine months. Then the shoot was 75 days.