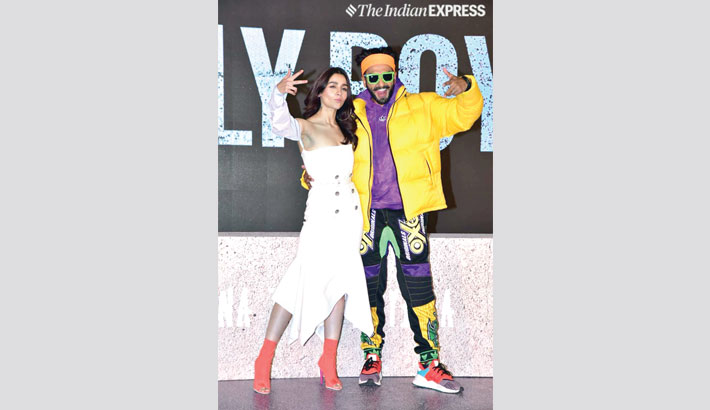 Reactions to director Zoya Akhtar’s Gully Boy are unanimously positive, Hindustan Times. After its world premiere at the Berlin International Film Festival recently, a special screening of the film was for celebrities. Partially inspired by Mumbai rappers Divine and Naezy’s rags-to-riches story, the film tells the story of Murad, a young Muslim rapper raised in the slums of Dharavi, and Safeena, his feisty girlfriend.

Ahead of the film’s release on Valentine’s Day, international publications have already reviewed the film. Here’s a roundup of what critics are saying about Ranveer Singh and Alia Bhatt’s film.

Writing for the Guardian, Peter Bradshaw noted that “Gully Boy runs on very traditional lines, and maybe comes too close to cliche, but is always engagingly dead set on entertainment.” He wrote, “The set piece and high point of the film is the uproarious video that Murad makes on the tough streets of Dharavi itself, which naturally goes viral and makes him a star.”

Variety’s Jay Weissberg called Gully Boy ‘Zoya Akhtar’s most accomplished film to date.’ “One of the joys of Gully Boy,” he wrote, “is revelling in the chemistry between Singh and Bhatt, perfectly paired.”

The Hollywood Reporter’s Deborah Young wrote, “Zoya Akhtar directs with flair and passion and, aided by explosive performances from a right-on cast, triumphs over the familiarity of the star-is-born storyline.” She wrote that Zoya’s ‘main asset’ in the film is Ranveer, who ‘shows a pleasingly full emotional range that extends to drama and hip-hop.”

Also singling out Ranveer’s performance, Lee Marshall of Screen Daily wrote that he ‘busts rhymes with the best of them in this energetic, entertaining film that smuggles some urgent social themes.’

Gully Boy also stars Vijay Raaz, Siddhant Chaturvedi and Kalki Koechlin. Ranveer was most recently seen in Simmba, his biggest solo hit yet. Alia, likewise, delivered the biggest hit of her career with Raazi. They will reunite for director Karan Johar in his period epic, Takht, next.