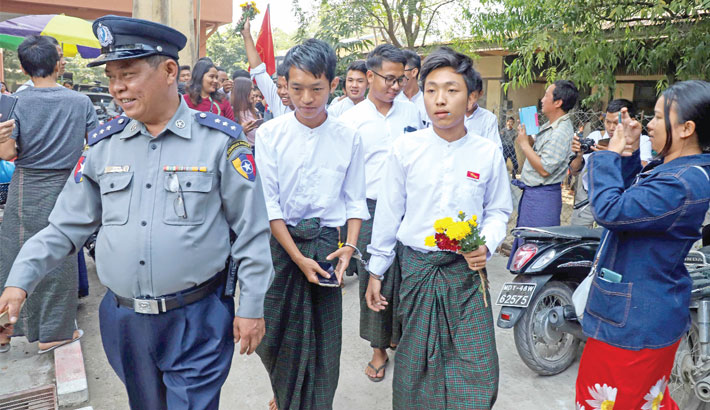 YANGON: Seven Myanmar students were sentenced to three months in jail with hard labour for burning portraits of officials in protest over campus safety, a student activist said Wednesday, the latest draconian response to rippling discontent with authorities, reports AFP.

Those jailed were among dozens enacting a mock funeral on December 28 calling for more security at a Mandalay university in central Myanmar after a student’s murder near its campus. They burned paper coffins and portraits of the city’s chief minister, Myanmar’s security and home affairs ministers, and the head of the university, calling for increased security around the students’ compound.

Three people were arrested during the protest and four others were detained a few days later, when they rallied for their peers’ release.