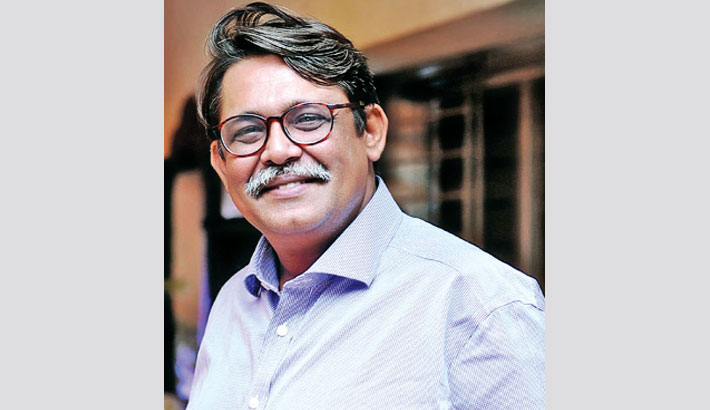 Bangladesh is apparently stuck with the Myanmarese Muslim minority group called Rohingyas as the world community has only showered words of praise for hosting the nearly 1.2 million of these hapless people. The figure is growing.

Even in recent days, a sizeable number of Buddhists have fled Myanmar reportedly in the face of prosecution by the Myanmarese military.

I was shocked as I read the interview of Bob Ray, Canada’s special envoy for Rohingyas, in a Bengali daily, where he said he had no idea when the issue would be resolved and until then Bangladesh should continue to provide the Rohingyas with all help.

What does that mean? It means in all probability the Rohingyas are here to stay for good.

Hollywood star Angelina Jolie came and showered words of praise on Bangladesh for the humanity it has shown. She also appealed to Myanmar to take back the Rohingyas.

What is the impact on Myanmar? Nothing and the neighbouring country continues with its plan to free Rakhine from the Rohingyas at any cost. Despite the genocide in Rakhine, the world community has not taken any serious punitive measures against Myanmar; it confined its action only to condemnation.

Do I have to believe what one of my British journalist friends told me during my visit to London last August? If I have to, I think there are a lot of questions that need to be answered with a lie detector.

My friend, a senior journalist working for a major British publication, told me that the Rohingyas would never go back and the powers which matter want them to stay in Bangladesh as this minority group would be safe here.

He said the decision to allow entry of such a large number of Rohingyas was not right and the border should have been sealed.

In case of border seal, what could have happened? Might many Rohingyas have been killed by the Myanmarese army? My friend said it was a wrong perception and “your prime minister was made to perceive the matter the same wrong way”, but actually killing of a lot of people was impossible, even for a country like Myanmar.

My friend indicated that the flight of Rohingyas to Bangladesh was possibly the result of a ‘master plan’ designed in collusion with some international organisations. Asked to elaborate, he said “find out yourself.”

Taking into account what my friend told me, let us look deeply into this major crisis. One may ask why Myanmar sketched the plan to force the Rohingyas into Bangladesh, why was Dhaka unaware of it. Who were supposed to keep track of such developments? The answer is first our embassy in Myanmar and the Ministry of Foreign Affairs (MoFA).

If the embassy and MoFA acted timely and correctly, why such a crisis we have to face? This development has huge negative implications in Bangladesh and might be a conspiracy to derail the unprecedented forward march of the country under the able leadership of Prime Minister Sheikh Hasina.

The sudden labeling of the premier as the “Mother of Humanity” and those behind it might be a part of the whole crisis that requires a probe too. Many believe it was to save the skin and to make the situation look positive for Bangladesh. It is true Sheikh Hasina is a very kind person and she is happy to save the lives of these Rohingyas, but was she given the actual consequences of such a humanitarian move at the cost national security?

The world has only been giving lip-service and showered words of praise on Dhaka and the premier, but after so many months more Rohingyas were crossing the border into Bangladesh.

I have been a critic of this major crisis and have written many a times that the Rohingyas, at this level of social strata, are baby boomers and involved in crimes like drug peddling and prostitution.

They are now identified as the main source of killer pill Yaba from Myanmar and since the first exodus in 1991 the social fabric of Teknaf and the tourist town of Cox’s Bazaar, which was facing a major slide in the arrival of tourists due to the crimes linked to these minority group, has changed.

I have covered their first exodus and reported from Cox’s Bazar for months and at that time male and female prostitution became a headache, even on the beach where tourists spend their time. Tourist police is a doing a good job, but the world’s longest unbroken beach is going down the popularity chart because of the bad situation created by Rohingyas. Hotels and other businesses, which employ a large number of people, there are in a tough spot.

The major players in this crisis are China and India, which have not played the role that Bangladesh would expect from its two closest friends in this part of the world, and have given financial and material help for the Rohingyas. India also wrongly pushed some Rohingyas, which Dhaka has protested. China, which recognised Bangladesh after the 1975 assassination of Bangabandhu Sheikh Mujibur Rahman, has been one of Myanmar military regime’s closest friends. The United States of America has made major investments in the oil and gas sectors, while for India it is a buffer state with China.

All these powers have special interest in Myanmar and Myanmar with its Nobel Laureate Aun San syu Ki has been exploiting that importance, while Dhaka helplessly looks on.

Foreign Minister AK Abdul Momen, new to his job, has visited India and raised the Rohingya issue in his deliberations with the leaders in New Delhi. Our diplomats have failed on all counts keeping the leadership happy with stories and one would expect a lot from our new foreign minister who is known to be very pro-active. But he must know his friends and foes in his ministry or else success will be a far cry.

It is time we take stock of the whole crisis without further delay. Our start should be from finding out those who failed to protect our national interest by failing to detect Myanmar’s plans, those who advised the top leadership to open the borders instead of sealing them and initiating serious diplomatic efforts to bring China as well as India on our side as their help is our last hope in seeing these troublesome group from Maynmar go back where they came from. The failures should face tough punishments.

UNHCR must be told that many do not want to go back as they do not want to give up the “comfortable” life in Bangladesh with no worries about shelter, food or medicine. Sources in aid agencies in Cox’s Bazar have repeatedly alleged that one particular organisation has been given special preference due to its link with top Bangladeshi diplomat(s).

International aid is decreasing and one can easily imagine the economic pressure Bangladesh will have to take to keep them in “comfort,” besides a major security situation.

I visited Ireland in 2017 for an official purpose and what a surprise -- a small Rohingya community is doing very well there. Local residents praised them and one boy from the community has made a name in cricket.

Let us unite to tell the world community that if they failed to convince Myanmar to take its Rohingya community back, then Muslim as well as other countries around the world take them. That will be a step to showcase in international cooperation.

Bangladesh should immediately seal its border with Myanmar and understand that talk of humanity was nothing but a gimmick to cover failures by some.