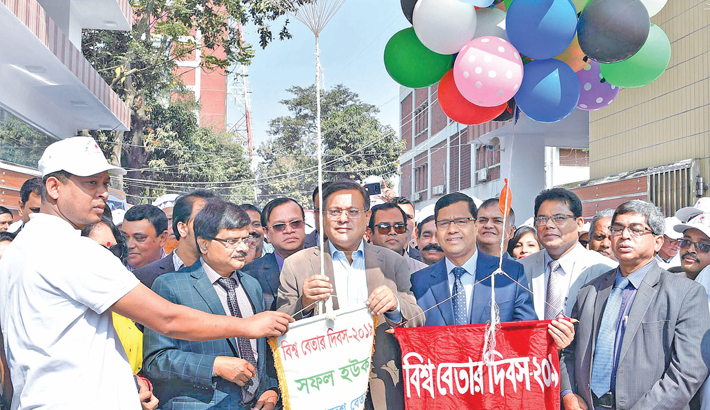 The World Radio Day-2019, a day to celebrate radio as a medium, was observed across the country amid elaborated programmes on Wednesday.

The objective of the day is to raise awareness about the importance of radio, facilitate access to information through radio and enhance networking among broadcasters with this year’s theme “Dialogue, Tolerance and Peace”.

While inaugurating programmes of Betar Day and conference of radio listener, Information Minister Hasan Mahmud said Betar (radio) would air various programmes so that the new generation feel encouraged to work for the country.

“The Betar will broadcast such programmes which will help build a developed nation. The programmes will develop the nation, its people and the society,” he said at Bangladesh Betar at Jatiya Betar Bhaban in the capital’s Agargaon area.

Praising the role of Betar to encourage the country’s people during the Liberation War, Hasan said Bangladesh Betar will live forever.

He said Bangladesh is moving towards the path of development and peace under the dynamic leadership of Prime Minister Sheikh Hasina.