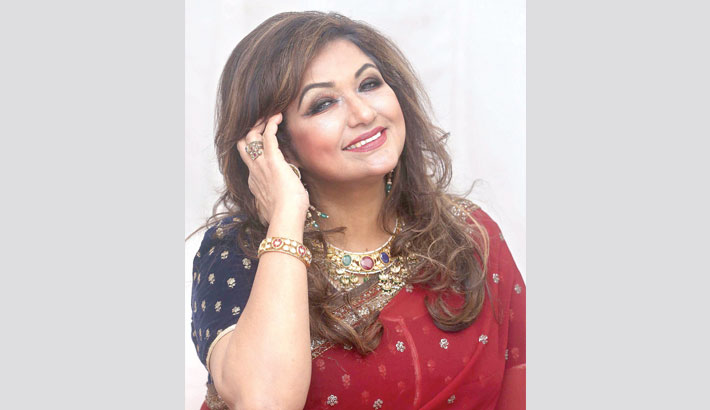 Mitali, accompanied by her brother Dilip, went to Mymenshingh from Dhaka yesterday for spending some days visiting their birth place.

Singer Mitali, who is widely famous for her Gazals, came to Dhaka a few days ago for performing at a show arranged on the occasion of ‘Police Week-2019’.

Her brother also came to Dhaka from abroad at the same time.  And then the siblings planned to visit Mymenshingh, their birthplace to fulfill their late father’s last wish.

Mitali went to Mymenshingh for the last time in 1991. Her father Amulya Kumar Mukherjee died in 1995 while staying with her in Mumbai. His last wish was to visit Mymenshingh at least once more in his lifetime.

Unfortunately, his last wish could not be fulfilled at that time. Since then, a sense of incompleteness kept haunting Mitali till these days.

In spite of that, Mitali felt if she visited Mymenshingh, it would mean, in some way or other, a kind of fulfillment of her father’s last wish.

The singer is currently spending her time by visiting her school and college and different other places of the district. Talking over the cell phone, she said, “I never imagined that I would be able to visit Mymenshingh along with my elder brother. It is an inexpressible joy for me to come to this place. It reminds me of the past days of my life…”

Singer Mukherjee was born in Mymensingh to her parents Amulya Kumar Mukherjee and Kalyani Mukherjee. She began her formal training in classical music under Pt. Mithun Dey. She studied music at Maharaja Sayajirao University of Baroda. Mukherjee's first album "Saahil" was released by HMV. She collaborated with lyricist Gulzar for her album "Chand Parosa Hai".  She has sung in several languages, including Punjabi, Gujarati and Tamil. Mukherjee served as the judge of the television shows Sa Re Ga Ma Pa and Shera Kontho. The singer received the National Film Award of Bangladesh in 1982 for the song Ei Dunia Ekhon To Ar for the film Dui Poishar Alta.