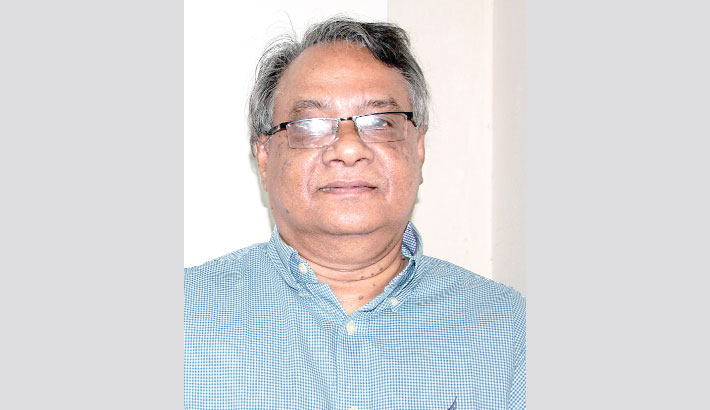 The month long annual book fair ‘Amar Ekushey Grantha Mela’ at Bangla Academy has commenced like every other year. As per tradition, the fair was inaugurated by the Honourable Prime Minister on the very first day of February. This year, the book fair has been organised on a much bigger scale than it was in the past to make it more convenient for prospective buyers, book lovers, publishers and printers, and others. In fact, over the years, it has turned into a national literary and cultural festival. Throughout the year, writers, publishers and readers wait with eagerness for the fair where they will be presenting their literary works and creations to the readers. A large number of people also visit the fair to attend many other side events that are organised by Bangla Academy. One can feel the literary and cultural pulse of the country by visiting the book fair. But the fair did not come to this stage in one day. It is the outcome of years of concerted efforts of many individuals. Here it may be noted that the ‘Boi Mela’ is dedicated to the martyrs who died on 21st February, 1952, for establishing Bengali as one of the state languages of Pakistan at that time. Records suggest that Chittaranjan Saha of Muktodhara Prokashoni put 33 publications of his publishing house on display on 21st February, 1972. Later, other book publishers joined unofficially. In later years, Chittaranjan Saha has been recognised nationally and internationally for his initiative and was awarded the Ekushey Padak and the Vidyasagar Puraskar in 2005, a gold medal for being the best publisher in 1997, and also with the Natyasabha Puraskar in 1988. Gradually, it became official and the most popular book fair of Bangladesh. The Bangla Academy formally took the responsibility of organising the Boi Mela in 1978. In 1984, it was named, "Amar Ekushey Grantha Mela." In the succeeding years, the size of the Boi Mela increased substantially. It has been recorded that 460 publishing houses participated in the fair in 2018, 450 in 2017, 401 in 2016 and 353 in 2015. Every year, an increasing number of new published books is displayed for the prospective readers in different stalls set up by the publishers.

To feel the importance and significance of the Ekushey Boi Mela in the lives of the common people, one must visit the Bangla Academy during this period. People of all ages come to the fair to look for publications of their choices and preferences. Writers and poets are also frequent visitors. Many of the visitors also look for opportunities to meet them. Along with the thrill and excitement of buying new books, visitors also enjoy various programmes which take place in the fair. The festive mood all over the place also add colour to the event. The Boi Mela, with time, has turned into a meeting ground of different forms of literary and cultural activities. The writers eagerly wait for the Boi Mela because they want to publish their literary works during the fair. It gives them the opportunity to reach the largest number of readers in one calendar year. Wide media coverage of the Boi Mela is considered as an additional opportunity to get publicity. The publishers and printers also look forward to present or offer their publications on various subjects to a wide range of readers. It is really a selling opportunity for them. It has been reported that the sale proceeds have increased over time. The readers are the real beneficiaries as they get an extensive choice of books in one place. Many publishing houses carry out promotional activities by offering different incentives to the prospective book lovers or buyers in the form of discounts and other benefits. The Amar Ekushey Grantha Mela is a real win-win situation for all concerned. 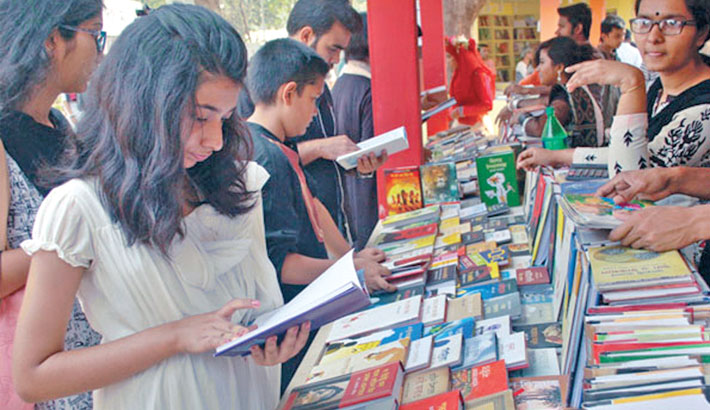 It has been more than four decades since the inception of the fair. It is as old as the country itself. In fact, the undying spirit of the liberation war has also played its due role in the launching of the book fair in 1972. It is perceived that the fair has influenced the literary and cultural activities of the people and the country. In the same vein, the people’s choices and preferences have also influenced the creative activities of the writers and poets. One can undertake a study to look into the changing pattern of the readers’ choices and preferences and the responses of the creative minds and their publishers within a given timeframe. It will reveal interesting facts about the changing behaviour and mindset of the different stakeholders of the fair. However, in the future, with technological advancements, hard copy publications of books might face challenges. Electronic publications and reading may become more popular than hard copies. Here, one may ponder over the issue of the near closure of various famed newspapers and other hard copy publications. However, it appears that in the foreseeable future, creative writings and cultural activities will have significant appeal to readers even though the means of reaching them might change. Whatever changes that may come in the future, the Amar Ekhushe Grantha Mela will always have a very special place in the hearts of all, especially in those of book lovers and cultural activists. They will always love to visit the place with their friends and their family members, for it also gives them the opportunity to free their minds from the stresses of everyday life.