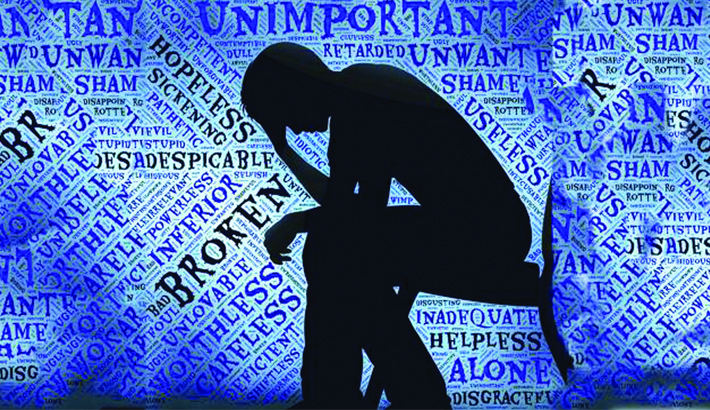 Generally speaking, depression is an emotion which people experience when they fail to achieve their goals or feel lack of affection. It’s a common experience and it is literally impossible to find a human who never became depressed in life even once. So, there is nothing unnatural in it. But, the thing is not as simple as described taking into consideration the young generation of modern day world. The famous daily The Guardian truly named this generation ‘The Lonely Generation’. They are using Facebook, Twitter, Instagram, Viber and many other social networking sites and apps with a view to being connected with their friends and families. Despite having such numerous options at the end of the day they find themselves struggling hard to keep afloat in the sea of loneliness. The young generation of Bangladesh is no different to this ordeal. The situation is shockingly alarming for us. If we fail to face this problem with proper attention, dire consequences will be faced by us in near future.

Depression is engulfing the present generation rapidly. According to the Wall Street Journal, the present depression rate is the highest in the last few centuries. The reasons of depression are numerous. Some are frustrated because they fail to get the desired result in examination, some fail to get expected job, some fail to get their beloved, some are overambitious about their life, which ultimately can turn into frustration. But do they ever think, what is the reason behind their failure?  They never do. If they did, frustration could never grip them. We only want result but do not work accordingly. Anne Bronte said, ‘But he who dares not grasp the thorn should never crave the rose.’

The result is devastating and alarming as we are well aware of. The rate of suicide among the young is on the rise. In the world around 0.8 million people commit suicide every year and the number will rise to 1.5 million by 2020. In Bangladesh, around ten thousand people commit suicide every year and most of them are between 15 to 21 years and depression is one of the major reasons behind this. It is clear from the statistics, that the young generation is the major victim of this devil.

If we delve into the hearts of those depressed souls, we will find that the society, family, friends and even teachers are somehow responsible for this. We always try to find faults of others. We hesitate to appreciate the qualities in them. We always talk about the negative sides of a person. We tend to forget that there is no unmixed good in this world. But if we always highlight the bad sides of a person, remind one what one could not achieve or one’s shortcomings, one will certainly be demoralised in life and feel worthless. The depressed persons will think that nobody loves them and they cannot contribute anything in other’s lives. They begin to feel lonely and gradually withdraw themselves from the contacts of others. They will feel a strong urge to keep away from people. This feeling of loneliness and worthlessness are what give a boost to suicidal thoughts.

So, what is the solution? Or, is there really any solution to this problem? It is certainly difficult to answer this question in one word. But we can certainly do something to improve the situation. We, who are in contact with those depressed souls, should be a bit more caring about them. We should try to instill in them the feeling that they are important to others and by no means worthless. They may fail in one attempt or one journey, but that surely doesn’t mean the end of everything.

Family bonding plays a vital role in this case. If a family has a tight bonding among its members, the chance of one member being depressed becomes drastically low. Family gatherings and outings are important to make the members come closer to one another. In most of the cases it is found that the family doesn’t take the symptoms of depression seriously rather they make it even worse by criticising them for no reason or perhaps for silly purposes. The most important thing for them is the warmth of love. We need to appreciate and inspire them.

The young generation is the future leaders of a nation. We, grown-ups cannot shrug off our responsibilities to make them prepare for the future. We need to be caring about them, careful about them; co-operative with them and only then we will be able to save them from the cruel clutches of the deadly disease: Depression.

(I acknowledge with gratitude the different sources of information)