Mungda song: Sonakshi is Total Dhamaal in this remake 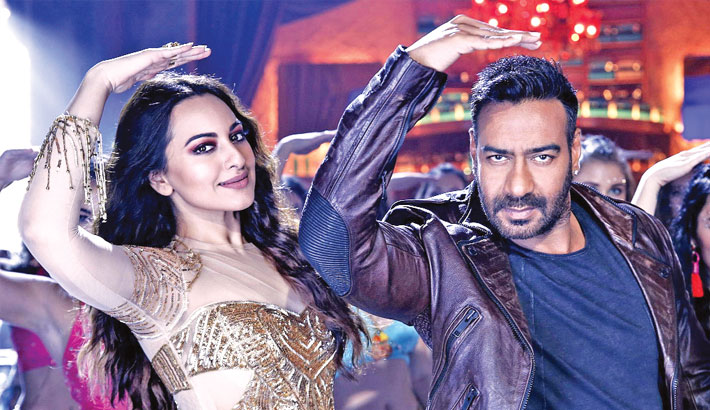 Sonakshi Sinha shared a few glimpses before the release of the remake of the iconic song, Mungda, reports Mid-day. The actress is showing off her sultry look in different attires, and oh boy, Sonakshi looks extremely hot!The makers have finally released the song, where we can see Sonakshi Sinha grooving to the beats of Mungda. The original song Mungda, starring Helen, was part of the film Inkaar (1977) which had Vinod Khanna and Amjad Khan in it. Though the latest version is crooned by Jyotica Tangri, Shaan and Shubro Ganguly, the original version created waves back then with the voice of Usha Mangeshkar.

Sona had earlier danced on Helen's Mera Naam Chin Chin Chu in Happy Phir Bhaag Jayegi. Considering that Shotgun Junior has lost oodles of weight and is in ship-shape, the Total Dhamaal makers thought of including a dance number in which she can show off her curves and some killer moves.