Language is my friend, fiction my first love: Arundhati Roy 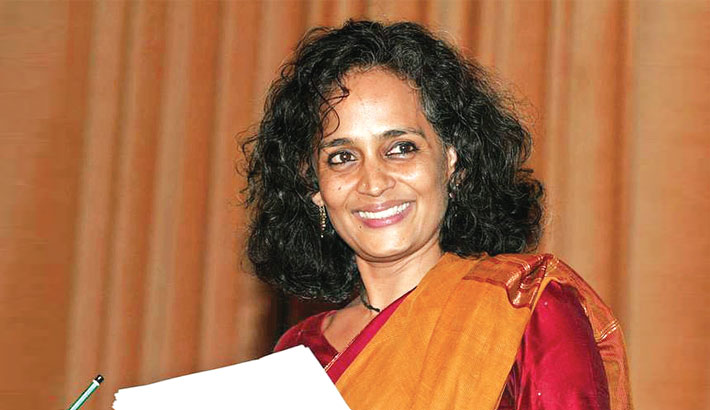 She writes poetic prose, employs redolent metaphors and evokes utmost admiration for her novelistic virtues. Arundhati Roy is anything but a boring author, reports PTI.

The 1997 Booker Prize-winner, who is equally at ease writing scathing essays, says she is a “disciplined writer” whose heart lies in fiction as it is a “connective tissue” between many things which are sometimes looked at or studied in isolation.

“Much of my non-fiction writing is an argument, but fiction is where you create a universe through which you invite a reader to walk. It is much more complex. For me, it is the most satisfying thing. When I write fiction, I feel like I am using all my skills, it delights me the most,” Roy told PTI in an interview.

“It is only fiction that transcends what is increasingly being divided into subjects. Fiction is the connective tissue between so many things which are sometimes looked at or studied in isolation. It allows you not to isolate things,” she said.

Best known for her debut novel ‘The God of Small Things’ which won the 1997 Man Booker Prize and catapulted her into fame, Roy came out with her second work of fiction ‘The Ministry of Utmost Happiness’ in 2017 after a hiatus of 20 years.

The second novel which was longlisted for the 2017 Man Booker Prize has been received well and is already translated into nearly 50 languages, including Hindi and Urdu.

The Hindi and Urdu translations of Roy’s second novel have been done by Rajkamal Prakashan Samuh. They will be launched on February 2. Manglesh Dabral has done the Hindi translation ‘Aapar Khusi ka Gharana’ and Arjumand Ara’s Urdu translation is titled ‘Bepanah Shadmani Ki Mumlikat’. “The response was far beyond my expectation. For me, it has been years of experimenting with a form of novel, and which I knew was complex and cannot be consumed in one read,” Roy said. Noting that her experiment with a new form was “intentional”, the 57-year-old author said she attempted to write something which would satisfy her “own complicated mind”.

“I have never been somebody who wants to deliver what is expected of me. For me, the more important thing was my own ambitions as a fiction writer. I am sure some people were disappointed, but writing is not about satisfying everybody. It is your own inquiry that you have to follow,” she said.