Events To Look Out For This Week 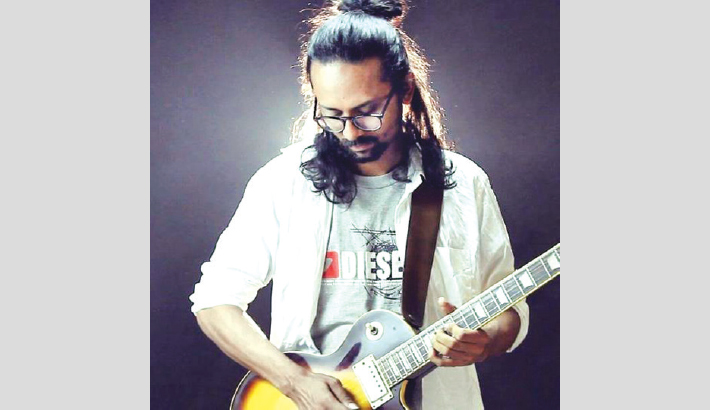 While most of us are waiting for the real fun to begin (Pahela Falgun and Valentine’s Day), some musicians and event organizers have proven that you don’t really need any specific day to celebrate life. From Navid’s instrumental single release to a whole new gig dedicated to jazz, the end of January and beginning of February is surely going to be a week to remember! Take a look:

Some know him as a guitarist, some as a composer while some others as a singer. But Navid is larger than life. He was a guitarist in bands such as ‘Sin of Carnage’, ‘Defy’, ‘[email protected]’ and also had a flourishing career with his own name. Being an instrumentalist, vocalist, songwriter and composer he believes cherishing a dream inside is not enough if you don't know how to execute all the possible prospects properly. And he gives his very best to everything. Starting to do music as a hobby, Navid bought his first guitar in 2004 when he was just a school-going kid. And that made the first move for him. His first rock experience was in 2006 where he performed as a vocalist! The same year, he was introduced to his first mentor Ovi who started giving him acoustic lessons. After learning for a few months his first mentor introduced him to another renowned guitarist Ashfaq Hossain Shawon for learning further as according to his mentor he had taken control of enough lessons to explore more techniques. In 2009, he formed his heavy metal band ‘Sin of Carnage’. Gradually he got opportunities to work with many bands and many musicians. He played in fusion folk band, rock band, heavy metal bands and even death metal bands. With so much going on in this musician’s life, you can’t help but wonder what’s next. Navid does not disappoint us. His instrumental single ‘Autumn’ that was composed, arranged and produced by him will be releasing today. Rashidul Islam Rafi, Faisal Hasan and Abir Mahmud Chowdhury were in the video production team while the artwork was done by Mahmud Hasan Shanto.

Jazz Planet 2.0 To Be Held Tomorrow

After the success of the first event, it was proven that people in Dhaka craved for jazz music. Jazz Planet started its journey at the end of 2018 with a live performance of Imran Ahmed Trio. Before winter faded away, they wanted to offer another installment with some surprise acts along with Imran Ahmed Trio to the jazz lovers of the city. The other acts include The Seesaw Quartet led by saxophonist Rahin Haider as well as the Robert Russell Trio. The lineup also features student guitar ensemble (Aumio Ishaat, Ishraq Atahar Dipro, Yeameen Morshed and Faiyaz Shariar Dehan). It will be held at Gulshan North club from 7.00pm.

Rushlan's Acoustic Night returns bringing back good music and great musicians to 3rd Space, an amiable community space in Dhanmondi. It will be a treat for the ears as superb musical acts such as Aftermath, Odd Men Out, The Pet Project, The Great Escape, Adib Raiyan Haque and Umama Abul Khair will take the stage one by one. It’s surely an event you would not want to miss!

The residents of Uttara feel much deprived from the music scene as most of them take place in other parts of Dhaka. However, there is this one gig people of Uttara can anticipate for! ‘False Cassette: The Housewarming Gig’ will be held at ‘Mary Montana- Montana Lounge’ located at Sector 3, Uttara. Founded in 2016, ‘False Cassette’ is an indie band from Dhaka (Bangladesh) comprising Raiyan, Maheyan, Tanzim and Afridi. The housewarming gig is going to be their first show. A few more talented acts will join them in this session namely Conclusion, Martian Love, Vinyl, Dads in The Park, etc.