In praise of a wristwatch! 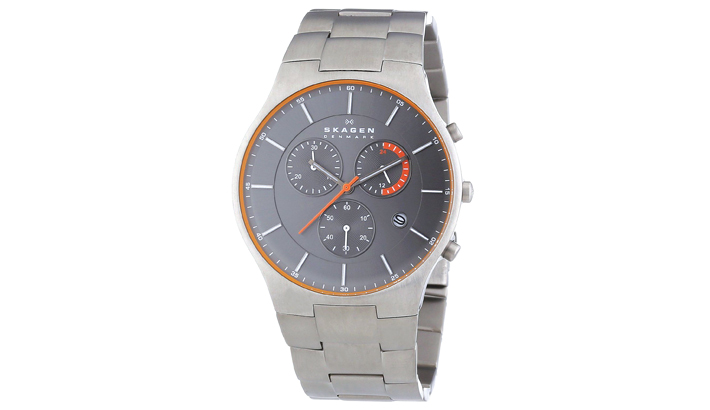 Way back in the autumn of 1970, this writer was flying to UK from Istanbul and was on transit at Frankfurt. Here, he wanted to buy a duty free wrist watch, as his was an old one, a manually wound model, that was giving trouble once in a while! The watch seller there wanted me to go for a good new watch that he vehemently assured me will last a lifetime! He was a good salesman and proposed that I buy a Danish made self-winding wrist watch that was cheaper than the usual Swiss models and he assured me of a twenty year guarantee. He however insisted that it was the same model as his own wrist watch that he proposed for me and that it will last at least twenty years if not more!

I bought his recommended watch which was cheaper than the usual Swiss model! It was named "Skagen", a Danish made wrist watch that was fully shock and water proof and needed no winding and no batteries! He assured me it will last far more than a few decades if not more at least! The brand of the watch that I got was "SKAGEN", made in Denmark, all proof and automatic winding based on normal hand and wrist movement even if it was not on the wrist for even ten days!

Today over forty years later both the watch and its original soft-spring alloy steel wrist band has been on my wrist for over 40 years! It has never even seen the face of a watch maker! I wear it as usual and once forgot to take it with me when I left it behind for over a week while visiting relatives out of Dhaka! There was no problem and the watch kept ticking away! The only work I do on it is to manually wind away the days when it is a 30, 29 or 28 day month! It will be ticking away finally even when I will die, mourned by few near and dear ones, going away otherwise unwept and unsung!