Aamir ’s Rubaru Roshni gets thumbs up from Bollywood celebs 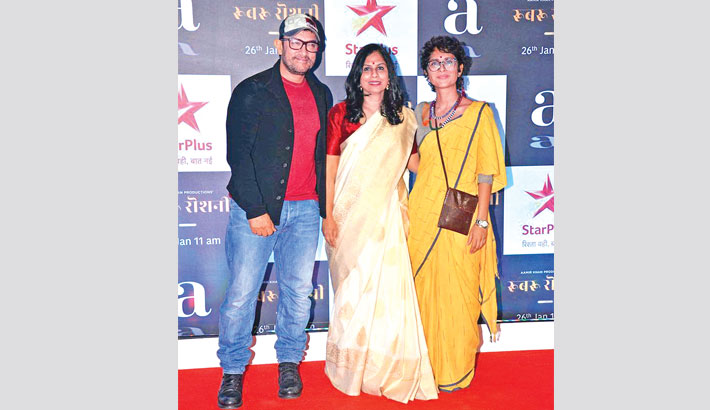 Documentary film Rubaru Roshni, produced by Aamir Khan and Kiran Rao, had its premiere in Mumbai on Monday. Among those who watched the film included Karan Johar, Parineeti Chopra, Sunny Leone, Sanya Malhotra, Jacqueline Fernandez, Taapsee Pannu, Swara Bhasker and many others. After watching the documentary, many celebrities heaped praise on the film and called it a ‘must watch’, reports Indian Express.

Filmmaker Karan Johar called it a life-changing experience. He posted on Twitter, “Swati Aamir and Kiran deserve a huge kudos for telling such heartfelt true stories!!! Massively heartfelt so superbly strong and solid! Please do watch it on the 26th of January on @StarPlus and the entire network! It’s incredible!!!!! #RubaruRoshni is a film which will change your life!!”

Tumhari Sulu director Suresh Triveni wrote about the film, “#RubaruRoshni is a kind of film that stays with you till the next morning and perhaps an entire life and good if it does .Thanks @aamir_khan #KiranRao to make this happen . #svatichatterji what a fine storyteller you are 🙌! watch it for sure ! 26th Jan 11 am across @starindia.”

Alankrita Shrivastava, Siddharth Malhotra, Ramesh Taurani, Parineeti Chopra, Tusshar Kapoor, Ronit Roy and RS Prasanna, all were inspired after watching Rubaru Roshni. The promos of the documentary have been doing the rounds on television for quite some time now. In one of the promos, Aamir Khan talks about the freedom we enjoy as citizens. The Dangal actor says that we have the freedom to express but in the end, he questions if we are really free.