‘Confluence of Music and Poetry’ at IGCC 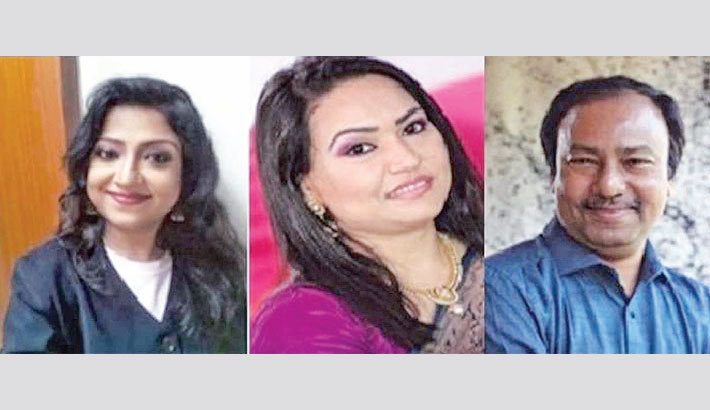 Madhuban Chakrabarty is a renowned voice. She is familiar as an artiste as well as an anchor. She started her career at ETV Bangla as a news presenter. She has also worked in AAKASH 8 channel as a producer and anchor. Currently, she is anchoring a popular show called “Good Morning Akash”. She is also working in Tara TV and has produced three popular shows. She has learnt classical music from renowned artiste Pt. Jayanta Bose. She also learned Bangla Adhunik Song from Pt. Sanjay Chakrabarty and Sri Sukemer Mitra. Madhuban Chakrabarty completed her M.A. in Dhrupad obtaining first class in her subject.

Then, Afsana Runa is a teacher at Chhayanaut’s Department of Nazrul Sangeet. She is teaching at Nazrul Institute, Kobi Nazrul Bhavan, Dhanmondi, Dhaka. She has rendered her voice to songs in films like “Ekattorer Ma Janani”, “71-er Khudiram” and “Jaibati Konnar Mon”. She has got five albums released, amongst which two are of Nazrul Sangeet and three are on modern songs. Afsana Runa completed her M.A in History from University of Dhaka.

Shihab Shahriar is a poet, researcher, short story writer and editor. He has published total 20 books of his own. He is the editor of ‘Amar Bangladesh and Rupkothar ei Bangladesh’.

He edited - 'Boitha', a little magazine. He is presently a regular visiting artiste of BTV and other private channels and holds regular literary events. He has travelled worldwide to spread his beautiful genre of music and literary works. Dr. Shihab Shahriar started his career as a journalist. Currently he is working for Bangladesh National Museum.

Entry is open to all, on a first-come, first-served basis.