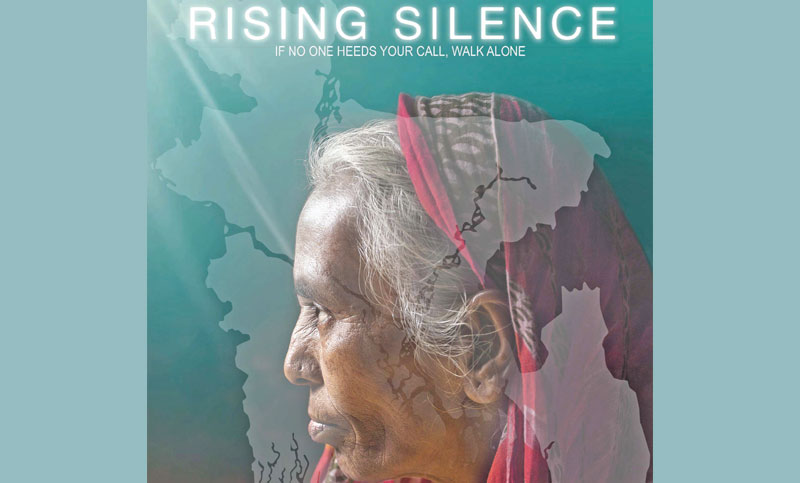 A special screening of the documentary film Rising Silence will be held at National Art Gallery Auditorium of Bangladesh Shilpakala Academy today at 07:00 p.m.

The feature film sheds light on the lives of victimised women of Liberation War of 1971.

It tells the stories of women dealing with war, violence and prejudices. In December 1971, East Pakistan became an independent Bangladesh after a nine-month war with West Pakistan. During the Liberation War, the Pakistani army inflicted rape and torture upon the helpless Bangladeshi women.

Bangladeshi government, only six days after the end of the war, publicly honoured every woman and child subjected to rape in the War as Birangona (brave woman or war-heroine).

However, after 1975, Birangona women were socially ostracized, attacked and looked down upon.

They have been seen only as symbols of shame and violence rather than normal women and freedom fighters.

The maker of Rising Silence attempts to depict this phenomenon in the film.

Leesa Gazi, a Bangladeshi-born British writer, playwright, theatre director and founding member of a London-based arts company Komola Collective, has brought her film for the first time in Bangladesh at DIFF.