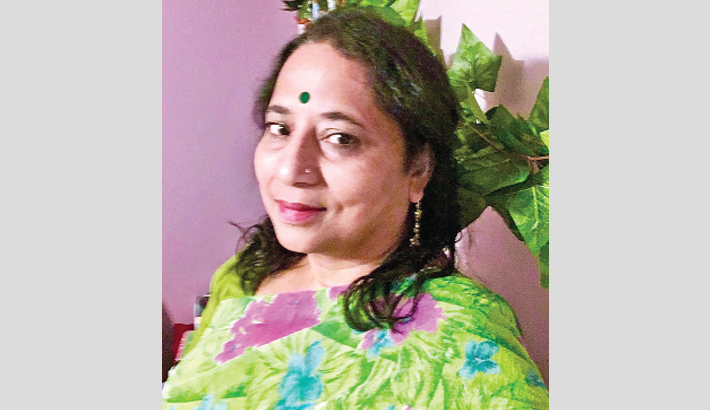 Touching on the topic of divorces is like placing hands on hot rods. On reality checks, the pen must not pause in its craft of writing, sharing our thoughts and opinions. Divorces have not lost the prevailing stigma across nations and cultures despite all the changes in our world of the 21st century.

In the past years, society is witnessing the trend of rising divorce rates in Bangladesh. The bells chime louder when it’s women who decide to take charge of the parting. The ages range from young women, middle-aged, and older. Psychologists would not question one’s age when it comes to the question of choosing happiness. When the age becomes the deciding factor in how men and women are to deal with unhappy marriages, then we are not just to ourselves. Or the marriage system could be substituted with ‘live-together’ so that each partner has the flexibility to stay away from the official matters. Especially when small children are caught in them, the chaos that precedes a divorce should not be witnessed by them. As humans, being unhappy, sharing the home with an incompatible life partner, and the endless bickering bring a gradual death to the inner beings. And so to keep one’s self alive and well, and for freedom, divorces are realities of a world that brings new challenges every day.

However, things are easier said than done, and an elderly relative confides, “Bangladeshi women have lost their patience and virtue these days, why do they leave homes? What has changed from our times? Men are men, and they will have their faults, we the women have to keep the family together.’

With due respect to her opinions, the relative was gently pointed out that it wasn’t the question of women falling short in life, rather women have awakened to betrayals, injustice, and discriminations at home from their spouses. Studies show that most of the divorces where women walk away are for the husbands’ negligence and infidelity. Women in Bangladesh are as virtuous as they were fifty years back, only they have started to recognise their rights to be happy. And if they have lost patience with corrupt men, they have the right to do so. Women understand that to earn respect from the outside world; one must make sure that it begins from home, from the life partner himself. And it’s not only in Bangladesh, but societies across the world are also witnessing a similar trend in rising divorces. Perhaps we are into witnessing a new phase in identifying a family with remarrying and step-parents.

There are women who for economic and social reasons continue with unhappy marriages. But the wish to be at peace within one’s self needs to be acknowledged from inner being; the change must come from one’s within. In Bangladesh, some ignorant religious preachers deliver speeches on how we should not educate our girls beyond primary schools, how education makes women too independent for their good. In other words, men should be continued to hold women in custody of male egos. These men, wives are not humans beyond serving their desires and taking care of the homes. Too many women in rural Bangladesh continue to have husbands bring in new wives when their health fail or are unable to bear children. Some of these women leave homes and come to the city in search of a better life. But it will take much more than leaving their homes to turn the table, or to achieve mutual respect among men and women in rural areas. Only solidarity among the village folks can bring awareness to women. And make them realise that they have their worth as mothers and wives, and that also works beside the men who may bring the cash.

But wait, it is not only the villages where spouses do not treat each other right, but there are also thousands of wives in the heart of Dhaka who wet their pillows at night with husbands spending nights with other women. “Girlfriends” outside the wedlock is like a fashion it seems. Yes, wives also fall out with unhappy marriages, but definitely in a smaller number. No mother in her senses would break her home over desire and lust. Rosy, a school teacher with a sense of humor, says, “If men had to carry children in wombs for nine months, they would learn to respect motherhood in their wives more and be more patient with their adventures of lust.”

If women in Bangladesh have started divorcing as protests against injustice, it is a right step for the future of a nation that thrives on a female workforce. It also means them standing up to discriminations in workplaces. Divorces may not always be the solutions to unhappy marriages, but when a home becomes a battleground, it is a change for the better. Children are growing up in homes where the parents are constantly at each other’s throats, do not grow up with happy images of a family. Often these children take to addictions or unwanted peer pressure as a means of escape.

To move on with the flow of life, we accept changes in society. And especially when the change is for the better, we could well remember the old saying, “A stitch in time, saves nine.” Parents, when they are physically and mentally healthy support their children in positive ways, and that may be without sharing the roof.

“Divorces are not the end of the world; they can be new beginnings,” comes the advice from fields of expertise on family matters. Studies show that second marriages are happier than the first ones. If one end brings a new start in life, we should be ready for the change. Regrets and holding onto grudges over who is to blame when marriages fall apart happen. But those emotional upheavals should not be allowed to feed our unhappy selves. Life is too short to dwell on missed opportunities or to cry over spilled milk. If there is one thing that could never be fixed, it’s a break of trust. Divorces are followed by bitterness, social stigma, and the sudden loneliness. All these negative forces can sway one’s earlier decision to regrets. However, life moves on, and so must the women, with all the rights to be happy, with or without a husband.

And while we would not advocate divorce, when things are out of hands, it is wise to seek professional help. Their expertise often pin-points to the priorities and the trivial. As one professional says, “As a woman if there was the need to break out of four walls to earn your bread, have the courage to come out of a toxic relationship and it is needed for the survival of your soul. Be it for a man or a woman.”