Fan gets a Janhvi tattoo done on her back, actor reacts 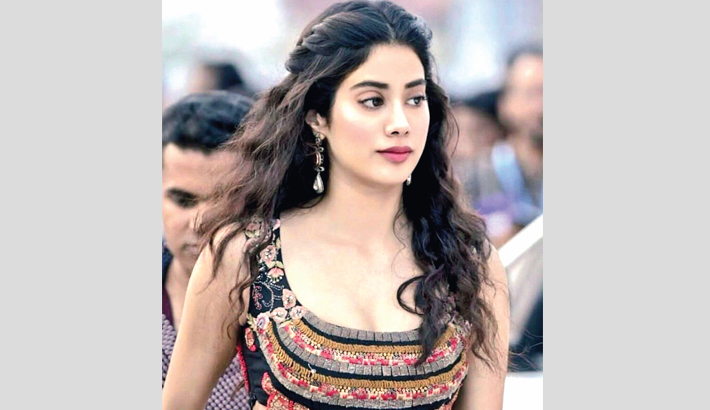 We have often heard stories of fans going an extra mile to express their adulation and love for their star. A recent example of it was seen outside Janhvi Kapoor’s gym, reports Mid-day.

Janhvi Kapoor, who was seen exiting her gym, had no clue that she was in for a huge surprise.

A young female fan got Janhvi Kapoor’s initials ‘JK’ inked on her back, and the moment she showed it to her idol. Janhvi Kapoor couldn’t believe her eyes. And her immediate reaction was: “Oh My God!”

On the professional front, Janhvi Kapoor made her debut with Shashank Khaitan’s Dhadak, produced by Karan Johar’s Dharma Productions. She was seen alongside Ishaan Khatter in the movie, which is a remake of the Marathi blockbuster film, Sairaat.

Apart from this, Janhvi has already become the face of many A-list brands and puts up a perfect fashion face on the red carpet and casual outings. The daughter of producer Boney Kapoor and late actor Sridevi, Janhvi is prepping up for Gunjan Saxena’s biopic and has also been roped in for Karan Johar’s multi-starrer Takht.