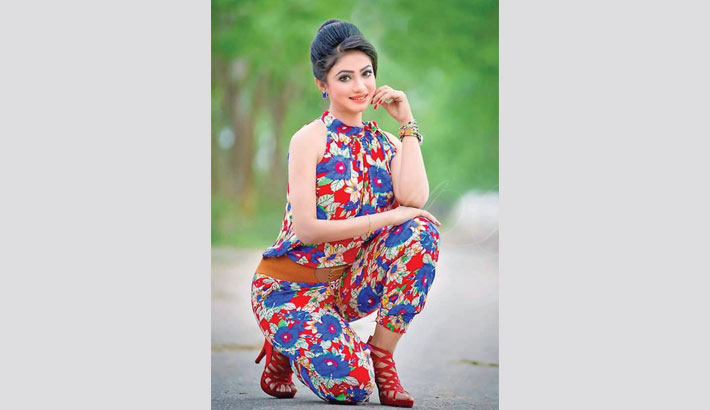 Dhallywood film actress Achol Akhe has returned to her acting career after a long hiatus.

Now she is going to star in a film titled ‘Ragi’ (angry).

Directed by Mizanur Rahman Mizan, the film will cast Abir in her opposite role while actress Munmun will play the role of her sister in the movie.

The shooting of the film will start today at floor-9 of FDC.

The film’s story depicts the anger of Achol who gets angry with her sister after knowing that the latter is involved with the criminal world.

Achol is a Bangladeshi film actress who made her debut with the film ‘Bhool’, which was released in 2011. After her acting in the 2013 romantic film Jotil Prem, Achol’s early years in the film industry were very successful. Achol was a model briefly before starting her acting career. Achol starrer notable film are-- Bhool, Bailey Road, Jotil Prem, Prem Prem Paglaami, Ki Prem Dekhaila, Faand: The Trap, Kistimaat , Shopno Je Tui, Prem Manei Kosto, Gunda: The Terrorist, Ajob Prem etc.