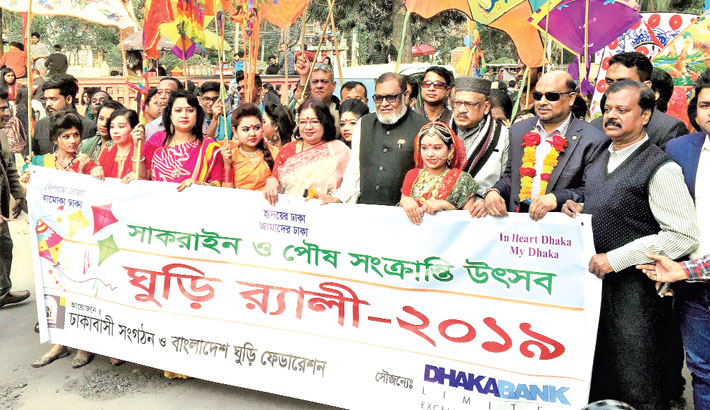 Poush Sankranti (the end of Bengali month Poush) popularly known as Shakrain or Ghuri Utshob was held in the capital amid festivity on Monday.

Earlier, the organisations held a kite festival at capital’s Hazaribag with different traditional kites of Dhaka. They also held a kite flying competition.

Besides, different traditional foods were served including puffed rice and sweets as per tradition of the festival.