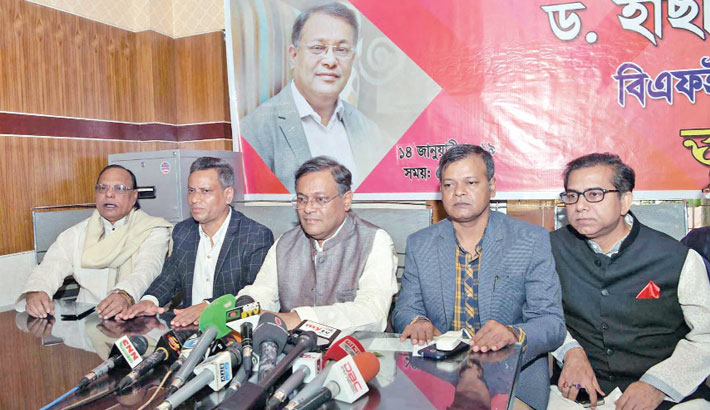 Information Minister Dr Hasan Mahmud on Monday assured newsmen that the new Wage Board Award for newspaper and news agency journalists and employees would be announced within specified period.

“From right today I will begin work to get the gazette on the 9th Wage Board Award,” the minister said while exchanging views with leaders of BFUJ, Bangladesh Federal Union of Journalists and Dhaka Union of Journalists (DUJ) at National Press Club in the city, reports BSS.

“I hope that all the problems of journalists and media will be solved soon,” he said.

Mahmud said he began his works from the very first day in office for the betterment of journalists as well as the media as “my top priorities are to work for the welfare of newsmen and freedom of media”.

The minister said Prime Minister Sheikh Hasina’s government was always friendly to journalists and even those who wrote and spoke against Awami League got all kinds of assistance from her.

“She helped as well the cultural personalities who are against the government,” Mahmud said.

The minister’s comments came as he visited the Press Club for his maiden interaction with leaders of the journalists unions and the National Press Club since he assumed office on January 8, a day after the new council of ministers were sworn in.