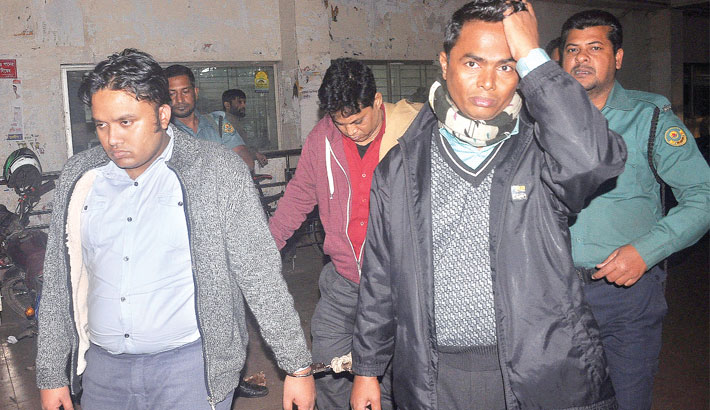 Three officials of Chawkbazar branch of state-owned Pubali Bank are being taken to court on Monday after they were arrested on charges of misappropriating bank money. – SUN Photo

The plaintiff in the case mentioned that client Md Harunur Rashid deposited four cheques and requested for transferring the money to his account on January 7.

The bank officials in association with the client transferred the money without proper clearance. The client also withdrew the money later.

But, no money was found in the accounts against which the cheques were deposited, they said.

Harun is a rod-cement trader and old client of the bank. Drives were underway to arrest remaining accused in the case, police said.