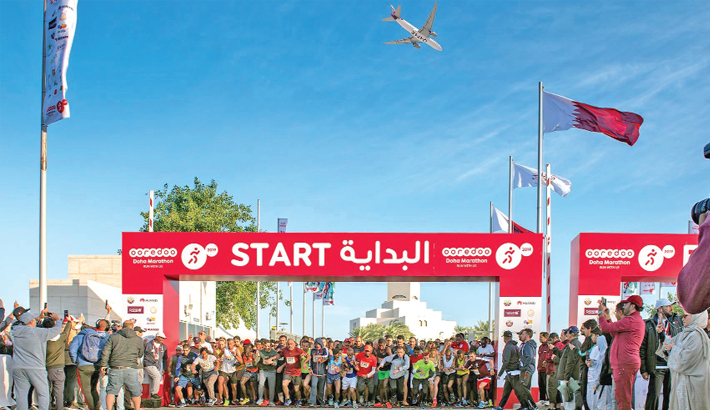 Qatar Airways is thrilled to have been the Official Airline Partner and Gold Sponsor of the Ooredoo Doha Marathon, which took place at the Museum of Islamic Art (MIA) Park on Friday.

Now in its seventh year, the annual event featured four courses suitable for all abilities of runners, including a full marathon, half-marathon, 10km and 5km route, as well as a special children’s 3km and 1km fun run. Funds raised by entry fees will be donated to a range of worthy charities across Qatar, said a press release.

Ooredoo Qatar Chief Executive Officer, Waleed Al-Sayed, said: “As a community-focused company, Ooredoo is a big supporter of activities and events that encourage people to have a healthy lifestyle and be active.”

Qatar Airways has an extensive sponsorship portfolio with premier sporting clubs around the world. In May 2017, Qatar Airways announced a groundbreaking sponsorship deal with FIFA, which saw the award-winning airline become the Official Partner and Official Airline of FIFA until 2022.