Barcelona Are At Risk of Copa Exit 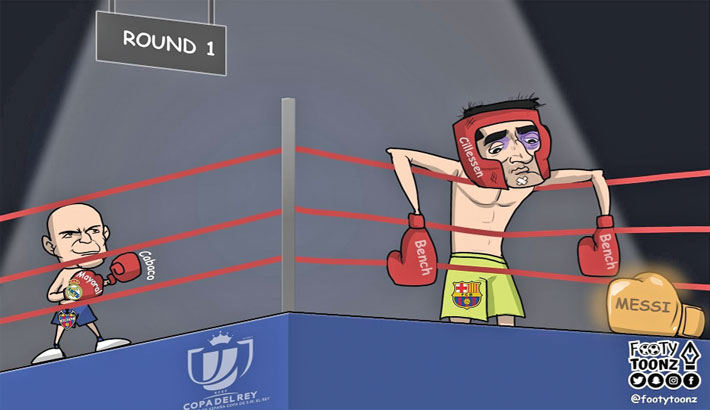 Barcelona have work to do in the Copa del Rey after they were beaten 2-1 at Levante in their round-of-16 first-leg tie.

Goals from Erick Cabaco and Borja Mayoral pushed Levante into a two-goal lead. The Catalans grabbed a consolation via a late penalty from Philippe Coutinho.

There were poor performances all over the pitch. Despite netting a penalty, Coutinho did little to suggest he should break back into the team after being left out in recent weeks. Malcom and Sergio Busquets weren’t great, either.

Once again, though, this was another reminder of the difference between Barca with and without Lionel Messi.

Given how off-colour Barca were in the first half, coach Valverde will be pleased to still be in the tie. But for some key saves from Jasper Cillessen, Levante could have been out of sight by half-time.