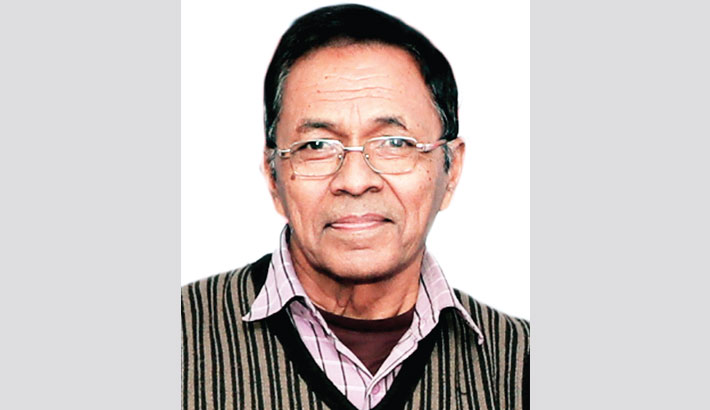 For the first time, the Bangladesh Jatiya Sangsad will have 22 women legislators. In the 2014 parliamentary elections, 18 female candidates came out victorious. Nineteen female candidates, including Awami League chief Sheikh Hasina, were elected with the ‘Boat’ symbol of the ruling party that won in 288 out of 298 constituencies. The polls results marked a record third straight win for Sheikh Hasina and Awami League.

H M Ershad-led Jatiya Party and Hasanul Haq Inu-led Jatiya Samajtantrik Dal may boast of two and one women lawmakers. There were around 69 women candidates in the election fray. Election analysts and women rights activists expected that this time the highest number of women would be elected.

Only two female candidates contested the first parliamentary election in 1971. In 1977, 19 women were elected as members of parliament (MPs). The number of female candidates in the ninth and tenth parliamentary elections stood at 64 and 30 respectively. This time, the people of Bangladesh have elected the maximum number of women parliamentarians. From a political perspective, women are making good progress. Change is taking place, but slowly. The gradual increase in women’s parliamentary ranks can be viewed as a positive trend which has sparked optimism among the women rights activists who have welcomed the positive trend. It can be said that Bangladesh is poised for advancement of women’s rights. People expect much from the new women parliamentarians in terms of raising the status of women.

Awami League fielded the maximum number of women candidates as compared to other political parties in this election.

From a feminist psychological perspective, growing the number of women legislators is important because it shatters gender stereotypes that politics are a masculine domain and that women don’t have political capabilities. Women legislators improve people’s assessments of women’s capabilities and provide positive political role models for girls and women. Women also have special interests, some in conflict with men’s interests, and we need women to represent these interests in political debate and policy making. Research finds that women representatives initiate more debates about women’s issues, are more likely to support pro-equality policies, and are more likely than men to sponsor or co-sponsor bills addressing children’s issues.

Getting the political system to work in a male-dominated environment is not that easy. Less representative parliaments are operated with ‘one hand tied behind their backs’.

More women in elected office mean a greater voice speaking out on issues that affect women. It means a greater focus on preventing gender-based violence, on girls’ education, on childcare and on women’s health et cetera. But the benefits are felt more widely. After all, if half the population is systematically excluded from politics then half of the talent remains excluded. Worldwide just 24 per cent of people elected into parliaments are women.

A parliament where women are a rare sight is a parliament working with one hand tied behind its back. A more representative parliament leads to better decision making, better politics and ultimately a better government.

Getting elected is only half the battle. Women also have to make the system work once they are a part of it, and doing so in what is often a male-dominated and male-oriented environment is not always easy. Let them make sure women and girls know that, whatever their views, whatever their party and whatever others may say, a woman’s place is in Jatiya Sangsad (parliament).

However, half of the population is female, so women deserve at least one-third of the seats in any direct election. We shall be delighted to see more women in positions of power, but it may happen only then when men make rooms for women.

Prime Minister Sheikh Hasina has urged the country’s women to keep confidence in their inherent talent and power and work together with their male counterparts to build a developed nation. “We want every man and woman to work with dedication for building a developed nation ... women should always do the work for flourishing their inherent talent and power keeping that quality in their mind,” she said while distributing Rokeya Padak 2017 in Dhaka. “Women should become independent in every sphere of life. They have to move forward by their own efforts, not being dependent on others,” Sheikh Hasina said, adding that “women must beat every barrier on their own to go ahead.” Urging every woman to stand beside the downtrodden people, she said, “It is our duty to stand by the poor and physically challenged people to build up their confidence and assist them to come out of the disgraceful situation.” “We will be able to change the society if we work together,” she added.

While delivering the keynote speech at the Global Women Leaders’ Forum in the Bulgarian capital, Sofia, last year, she expressed her government’s firm commitment to breaking all barriers with a view to achieving men-women equality and said women’s empowerment is an issue very close to her heart. Women leaders from different countries and organisations attended the event.

In her speech, Prime Minster Hasina said women’s participation in national development activities had firmly been embedded in Bangladesh’s national plans and budgets.​

The government has formulated the National Women Development Policy, which guarantees equal opportunity for women and accords the highest priority to their education and self-reliance, she said.

Highlighting her government’s initiatives towards women’s development, she said girls were being offered education for free up to the 12th grade. Nearly 17.2 million students from primary to post-graduate levels have been brought under various stipend programmes, she added.

Hasina said her government had been giving priority to the creation of an environment conducive to work for women by ensuring them safety and, along with that, security towards guaranteeing their economic empowerment.

She said the participation of women had been growing in many sectors and professions, such as the civil service, judiciary, armed forces and other technical professions.

“Thus, women in Bangladesh have truly broken all barriers and are now active development agents in the nation-building process.”

Hasina focused on challenges in ensuring the rights and development of women.

“Despite significant advancement, we also have challenges. We are yet to fully succeed in stopping incidents of violence against women, child marriage or trafficking of women and girls,” she said.

The prime minister said her government was trying to end ‘these social evils, through a number of strict laws and administrative measures’.

“We are investing heavily in raising greater social awareness against such crimes and violence,” she said.

Hasina urged world leaders to work together to create a safer environment for women and girls, equip them with the right skills and education, and empower them as agents of social transformation.

The newly-elected women MPs of Bangladesh will also get inspiration from Prime Minister Sheikh Hasina.