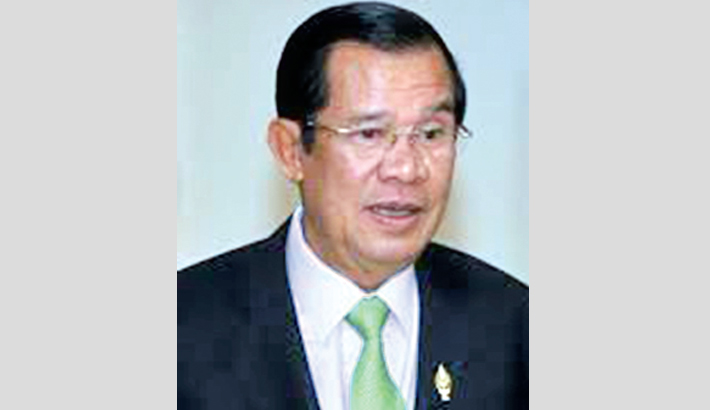 The EU threatened in October to withdrawal the duty-free Everything But Arms scheme (EBA), which benefits exports from Cambodia’s garment and footwear sector, the largest formal employer.

The multi-billion dollar sector employs hundreds of thousands of labourers and is seen as one of the 66-year-old’s few vulnerable positions in a country he has run for nearly 34 years by building up vast patronage networks.

In recent months he has requested pardons for activists and eased up on the crippled opposition, which was banned in a Supreme Court ruling ahead of the July vote swept by Hun Sen’s ruling Cambodian People’s Party.

The moves were seen as concessions to avoid any loss of the trade preferences but Hun Sen has baulked at the idea of his hand being forced, and said so in his most direct comments on the issue yet in a meeting with former Irish prime minister Enda Kenny in Phnom Penh.

After bringing up several historical grievances with the bloc he said it was making another mistake by “using EBA as a threat to sanction Cambodia ... and take about 16 million Cambodians as hostage of the so-called EBA.”

Hun Sen’s spokesman conveyed the remarks to reporters. They were also posted on the leader’s official Facebook page and quickly picked up by state-friendly media.

He asked Kenny to pass along his message to the EU.