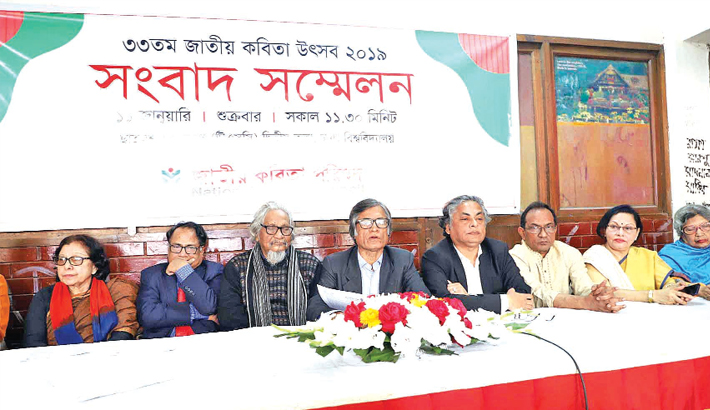 Leaders of JKP came up with this solicitation to the government at a press conference held at teachers and students center on the Dhaka University (DU) campus in the morning.

Ahead of the 33rd edition of Poetry festival- 2019, which is scheduled to be held on February 1 and 2, the Parished organised the conference. DU Pro-Vice Chancellor (Administration) Prof Muhammad Samad presided over the programme.

General Secretary of JKP Tariq Sujat read out the written statement. He said the festival is unique, traditional and massive one not in Bangladesh only but in South-east Asia also. That’s why, it has already been achieved a special status from the world’.

This year, Poet Asad chowdhury will inaugurate the function to be held on DU campus. The registration for the festival, as already has begun at office of the council, can be done from 5 pm to 8 pm till January 31. The fee has been fixed to Taka 300 for poets of Dhaka region and Taka 200 for poets of district-wise.