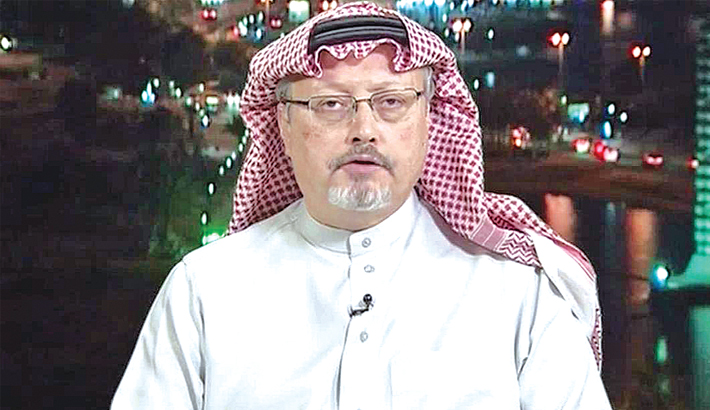 ISTANBUL: Amnesty Inter-national on Thursday called for an international investigation into the murder of Saudi journalist Jamal Khashoggi, in a ceremony marking the 100th day since his killing sparked global outrage, reports AFP.

“We once again call for an international investigation under the authority of the United Nations into the murder of Jamal Khashoggi,” Goksu Ozahishali, one of the rights group’s Turkey representatives, said in a statement read out in front of the Saudi consulate in Istanbul, the scene of the murder.

In a case that shocked the world Khashoggi, a US resident and Riyadh critic who wrote for the Washington Post, was murdered and his corpse dismembered inside the kingdom’s diplomatic compound on October 2.

“We demand justice for Jamal Khashoggi who fought for the freedom of expression in the Arab world,” Ozahishali said. Amnesty activists later symbolically hung a street sign reading “Jamal Khashoggi Street” where the Saudi consulate is located. Several questions remain unanswered including the whereabouts of Khashoggi’s remains more than three months after the murder. “It’s absolutely shocking that 100 days later there are no real concrete steps to bring this murder to justice,” Andrew Gardner, Amnesty’s Turkey strategy and research manager.