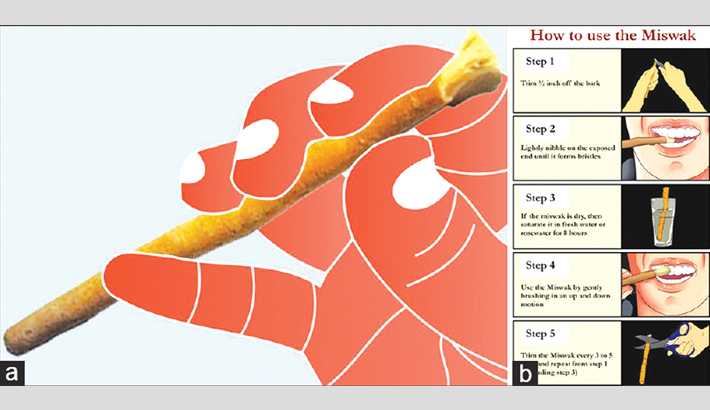 Cleanliness is a crucial part of Islam. The Messenger of Allah (Pbuh) ordered us for both physical and spiritual cleanliness. He mentioned cleanliness and purity as the half of belief (Iman). Abu Malik (Ra) narrated that the Messenger of Allah (Pbuh) said, "Purity or cleanness is the half of belief." (Sahih Muslim). Truly, Allah (SWT) loves the people who keep themselves clean and pure. Allah says: "For Allah loves those who turn to Him constantly and He loves those who keep themselves pure and clean." (Sura Baqarah: 222). And whoever loved by Allah, will enter paradise. The Messenger of Allah (Pbuh) instructed Muslims to remain clean in all sorts of ways because clean and pure people will enter paradise.

Purification from Hadath (impurity) is one of the conditions of Salat. Without Ghusl and Wudhu our Salat (Prayer) is invalid. The prophet of Allah said, "The key to the prayer (salah) is cleanliness, its beginning is takbir (saying Allahu Akbar)  and its ending is salaam (salutation)." (Abu Dawud). Allah (SWT) says: "O you who believe! When you stand up (prepare) for prayer, wash your face and hands up to the elbows, and wipe a part of your head and (wash) your feet up to the ankles. If you are in a state of Janabah (after a sexual discharge), purify yourselves (bathe your whole body)…" (Sura Mayeda; 06).

As miswak is one of the important ways of cleanliness, the Messenger of Allah (Pbuh) ordered us to maintain dental neatness with the use of miswak. A miswak is a natural pencil-sized tooth-stick made from a twig of a tree, used as a natural means to clean teeth adequately through a gentle chewing and brushing process. Using miswak is a great Sunnah of our beloved prophet (Pbuh). It was the routine job of our Prophet (pbuh) to use the miswak before entering his house and before every salah. Mother of believer A'ishah (Ra) narrated that the Prophet (Pbuh) never woke from sleeping at any time of day or night without cleaning his teeth with a miswak before performing Wudu. Hudhayfah ibn al-Yamaan (Ra) reported that when the Prophet (Pbuh) got up during the night, he would clean his mouth thoroughly with the miswak. (Bukhaari). Using Miswak is a great act of worship which earns the pleasure of Allah. Ibn Umar (Ra) narrated that the Messenger of Allah (Pbuh) said, "Make a regular practice of the miswak, for verily, it is healthy for the mouth and it is a pleasure for the Creator (Allah is pleased with the Muslim who uses the Miswak)". (Bukhari).

The fact is that using miswak is not only a sunnah of latest and greatest Prophet Muhammad (Pbuh), but it is also a major Sunnah of all the Messengers of Allah, for they used the miswak. Abu Ayyub Ansari (Pbuh) narrated that the Messenger of Allah (Pbuh) said, "Four things are the Sunnahs of all the prophets (Alayhimussalam) 1) Circumcision, 2) To apply fragrance (Itr), 3) To use Miswak, and 4) Marriage." (Jame Tirmiji).

Although the Prophet (Pbuh) did not make using miswak obligatory he encouraged us using it repeatedly. Abu Hurairah (Ra) narrated that the Messenger of Allah (Pbuh) said, "Were it not that it would be too difficult for my ummah, I would have commanded them to use the miswak at (the time of) every Salah." (Bukhari). Our beloved Prophet (Pbuh) used miswak regularly and strongly commanded his followers to do the same. Unfortunately! Today, perhaps this beautiful sunnah of using miswak has become almost a 'Forgotten' Sunnah.

Using miswak before making wudhu is an important Sunnah of Wudhu. The Messenger of Allah (Pbuh) said, "If I had not found it a hardship for my Ummah, I would order them to make wudu for every Salat and to use miswak in every wudu." (Bukhari & Muslim). According to another Hadith, "Ablution is a part of faith and using a miswak is a part of ablution."

The rewards for prayers (Salat) are multiplied because of using miswak. A rakat (a unit of Salat) which is performed with miswak is superior in virtue to seventy rakats (of Salaah performed) without miswak. A'ishah (Ra) narrated: "The prayer before which the miswak is used is seventy times more excellent than that before which it is not used." (Bayhaqi).