We are yet to push the panic button, says Jayawardene 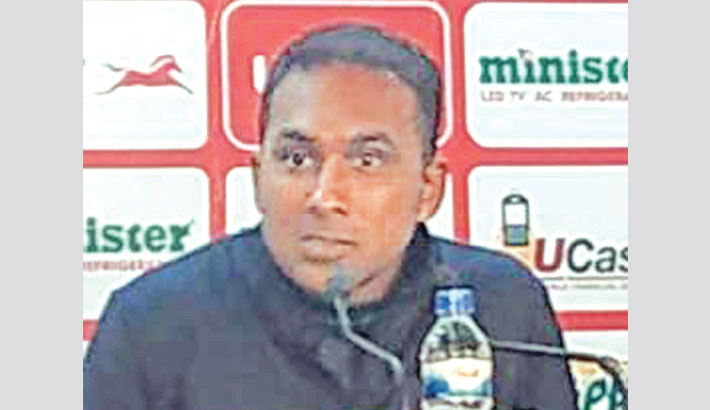 Khulna Titans head coach Mahela Jayawardene believes that it is too early to push the panic button despite losing all their three matches so far in the Bangladesh Premier League (BPL) 2019.

Khulna Titans are placed at the bottom of the point table with three successive losses and unless they can pull up their socks quickly chances are high that they might miss the bus that will take them behind the group phase.

“It’s just three games. I am not too concerned,’’ Mahela told reporters after the loss against Rajshahi Kings on Wednesday.

“Tactically we need to be better and also assess the condition better and play according to that. But there are certainly few areas we need to perform better,’’ he said.

“We have to start winning and one win will give us a bit more confidence. And then we will move to Sylhet, a new venue. There are still nine more matches left in the tournament. We are targeting for top four and then in to play-offs. Anything can happen. For us, every game is crucial and we need to treat it that way,’’ he added.

According to the Sri Lankan, Titans’ progress were largely affected by losing their opening game against defending champions Rangpur Riders while their batting let them down against Dhaka Dynamites and Rajshahi Kings.

“The first game was probably the most crucial one. We played really good cricket against Rangpur. We were almost chasing the total down. Then we slowed down a little bit and their bowlers came back. If we could have won that game then the momentum would have given us good start for the tournament,’’ said Mahela.

“In the last two matches, the batting let us down. The match against Kings was an example that the batsman needed to bat there sensibly, because we were thinking 140 runs is a good score in that wicket but no one took the responsibility to do that,’’ he said by adding that they also suffered due to injuries.

“It’s a new team. We thought the combination we started with was good. Then Ali Khan injured his hamstring in the last match and he is ruled out of the tournament,’’ said Mahela.

“Carlos Braithwaite pulled out with the injury after first match. We were scared that he could have been ruled out as well. So we wanted to give him a couple of games off. Not an ideal situation, but we have to manage the players as well,’’ he said.

Mahela added that they are expecting to fire through all cylinders when they can avail the service of Lasith Malinga and Yasir Shah, who are currently busy with their national duties while for the moment they need to improve on all the three departments.

“When you are losing matches, my manner is, we have to take that as a team. I think that including the coaching affairs, the entire group needs to lift the game up,’’ said Mahela.

“We need to play good all-round cricket.  So I would like to see improvement in all three departments,’’ he said.

“Lasith Malinga and Yasir Shah will join us soon. They are key players for us. We want to form a combination that goes well with our local players as well,’’ concluded Mahela.