No NPL from now on: Kamal 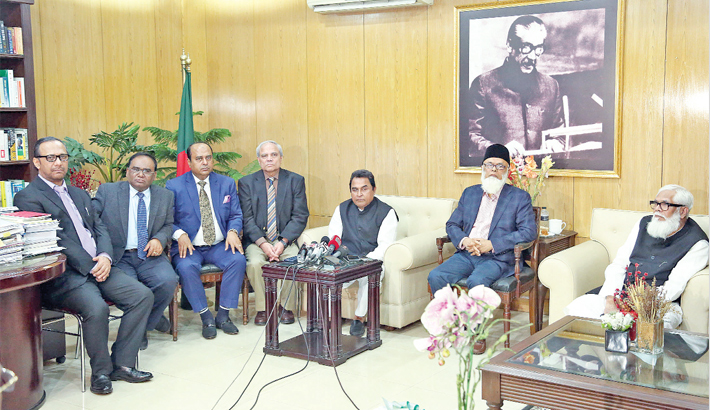 Finance Minister AHM Mustafa Kamal briefs reporters after a meeting with leaders of Bangladesh Association of Banks (BAB) at his office at Sher-e-Bangla Nagar in the capital on Thursday.

Finance Minister AHM Mustafa Kamal on Thursday said there will be no Non-Performing Loan (NPL) from now on as Bangladesh Association of Banks (BAB) has been directed to take necessary measures to check the loans.

He was addressing the press after a meeting with BAB at the planning ministry in the capital on Thursday. Nazrul Islam Mazumder, Chairman of Bangladesh Association of Banks, and other directors of the association attended the meeting.

“NPL has become a matter of grave concern, but the problem is not out of solution, said the minister. The NPL will not increase further as the BAB will take necessary measures to cut the existing classified loans,” he added.

The newly-appointed finance minister said that the government will make a guideline to examine all classified loans in the banking sector and adopt appropriate measures to contain it.

BAB will provide the finance ministry with a report revealing names of the loan defaulters, their borrowing and interest amounts, he said adding “We will compare BAB information with data of Bangladesh Bank and the Financial Institutions Division. We will go for guideline and necessary action.”

Nazrul Islam Mazumder said they will provide the ministry with all information regarding NPL within a month. BAB will take necessary steps against the NPL subject to government support, he added.

However, he said that the existing rate of NPL in Bangladesh is still better compared to the situation in neighbouring countries.