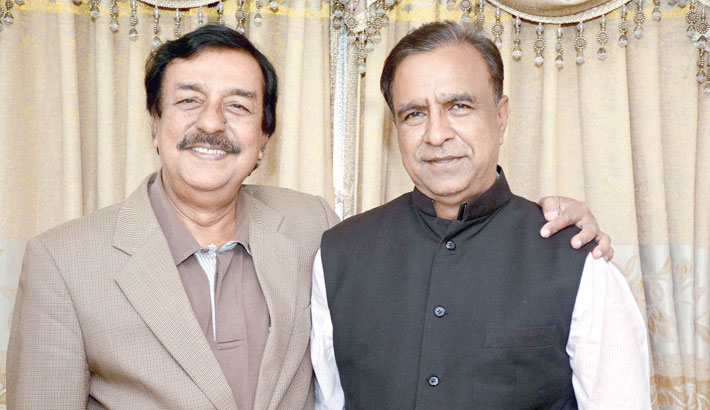 After the 11th national election was held, the formation of new cabinet was eagerly anticipated by many.

As the new cabinet was declared on January 6 last, it brought joy to the family of KM Khalid, the MP from Mymensingh-5, as he become the new state minister for Cultural Affairs of the country.

He is the younger brother of veteran actor Mahmud Sajjad. Elder brother Sajjad’s inspiration played a major role in Khalid’s joining politics and becoming his MP for two times.

Today, Sajjad is really proud and happy to see his younger brother who will shoulder the responsibilities of the country’s cultural affairs ministry.

On January 7, the new minister said, “I would like to thank Almighty God and express my gratitude to my family members. Honourable Prime Minister has entrusted the responsibility (of cultural affairs ministry) to me and I will put my best effort to carry out my duty and live up to her expectation…”

Meanwhile, actor Mahmud Sajjad, talking about his younger brother KM Khalid, said, “I expect that Khalid applies his talent and energy in the best possible way to bring about a positive change in the country’s cultural arena. It’s true that we are lagging behind in this sector. He has to prove that cultural minister has a big role to play to change the current scenario.”

Mahmud Sajjad first acted in Zahir Raihan’s movie Sangsar. Bobita also acted for the first time in that film. Later Mahmud also acted in many films. But he is also involved with acting in TV and theatre plays.

After finishing his university study he acted in many plays on stage under the banner of Natyachakro. Mahmud Sajjad is an actor, known for Songsar (1968), Priyojon (1996) and Swami Streer Wada (2009).