Italy minister defends his use of uniforms 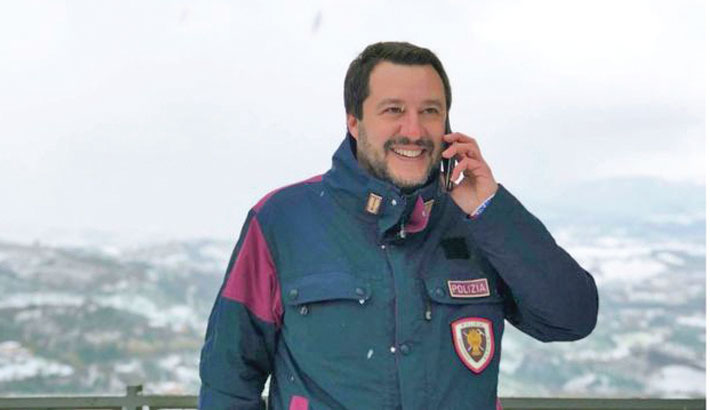 Italy takes its dress code as a matter of permanent national priority. Each profession has its own official or de facto uniform, reports BBC.

Italy’s Interior Minister Matteo Salvini has chosen to defy the code by wearing shirts with police or fire service insignia.

He says this is a sign of his support for the respective forces.

But article 498 of Italy’s criminal code decrees that it is illegal to wear a public official’s uniform or badges.  The fines for transgression range from €154 to €929.

Italy’s firefighters’ union, angered by public cuts, believes that Mr Salvini should be punished for breaking this law.

“You can’t make people believe that they’re in front of a policeman when you’re not,” it said in a statement.

“Why the interest in using the uniforms if that’s not followed by tangible acts? It is obvious to everyone that us, the fire services, loved by everyone, have not been given a single extra euro in next year’s budget and we are stuck with a contract that is irregular.”

“It’s disrespect for the uniform. It seems like an act of solidarity and closeness and it isn’t at all (...) It’s an abuse.”

The Interior Minister himself rejects the criticisms.