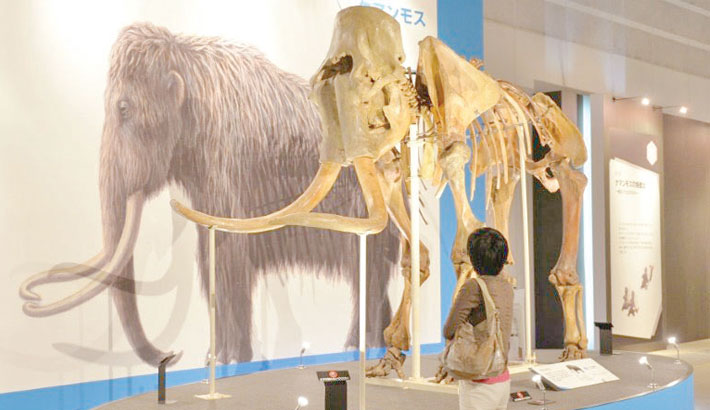 LONDON: Scientists tackling the illegal trade in elephant ivory got more than they bargained for when they found woolly mammoth DNA in trinkets on sale in Cambodia, they revealed Friday, reports AFP.

“It was a surprise for us to find trinkets made from woolly mammoth ivory in circulation, especially so early into our testing and in a tropical country like Cambodia,” said Alex Ball, manager at the WildGenes laboratory, a wildlife conservation charity based at Edinburgh Zoo.

“It is very hard to say what the implications of this finding are for existing elephant populations, however we plan to continue our research and will use genetics to work out where it has come from.”

The giant mammals have been extinct for around 10,000 years and are not covered by international agreements on endangered species. WildGenes has been using genetic data to tackle wildlife crime by determining the origin of ivory finding its way to the marketplace.

“It is estimated that globally over 30,000 elephants are killed every year for their ivory and it appears there are increasing amounts of ivory for sale within Cambodia,” said Ball.