Jamil Ahmed Back With A New Production 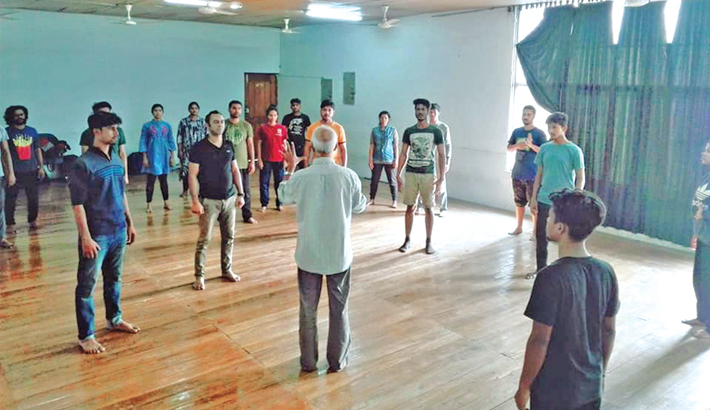 Renowned theatre activist Syed Jamil Ahmed is coming up with his new theatre production titled ‘Jiban o Rajnaitik Bastabata’ (Life and Political Reality), based on a novel by Shahidul Zahir with the same title. It will be produced by Spardha. The rehearsal of this production began on January 1, 2019 at Bangladesh Shilpakala Academy.

Spardha, a production-based theatre organization, selected 22 actors for this production to be premiered in the middle of March of this year after arranging four different workshops, where 66 participants came from various theatre troupes and institutions. The workshop was planned and coordinated by Syed Jamil Ahmed.

Post-modern novelist Shahidul Zahir’s second book ‘Jiban O Rajnaitik Bastobota’ is a novella of 61 pages (which was published in 1988) based on our liberation war and post-liberation war situation. The play has been dramatized and directed by Syed Jamil Ahmed.