Do We Need A Ministry For Religious Minorities?

Bangladesh is a multi religious country where the Muslim population is officially estimated at around 90.5 per cent, Hindus 8.5 per cent, followed by Buddhists (0.6 per cent) and Christians (0.3 per cent) and others (0.1 per cent). The Constitution protects the equal status of all religion, ensures equal rights of every citizen irrespective of his religious identity, affirms secularism to ensure non-discrimination on the basis of religion and ensures freedom to practice any religion.

The bitter experience under the disguise of religion during the partition of the subcontinent, the regime of Pakistan and finally in the Liberation war of 1971, encouraged the Constitution makers and the people of Bangladesh to stay firm with principles of secularism and freedom of religion. Maulana Abdur Rashid Tarkobagish on 30th October 1972 gave his observations on secularism in the Parliamentary Assembly debate (Parishad Bitorko) and stated that under the name of Islam the barbaric Pakistani soldiers mercilessly killed Bengalees on 25th March of 1971 (Speech on introduction of constitution Bill. Source- minutes of the first meeting of the second session of National Assembly October, 1972, Parishad Bitorko (Assembly Debate), Dhaka: GOB).

He narrated that the Pakistani army propagated that they did all the atrocities to save Islam form the hands of Hindus and the Pakistani rulers misused Islam to fulfil their agenda. He argued that no one can disregard the 1972 Constitution since it reflects the view of 90 per cent of the population. Under the Constitution the way Muslims shall have the right to practise religion, Hindus, Buddhists and Christians shall have the right to practise their own religions and other rights related to it shall not be compromised. In the Assembly debate the then Law Minister Kamal Hossain said that the Constitution aims at abolishing all types of religious communalism and he assured that there will be no religion based political parties in Bangladesh (ibid ). 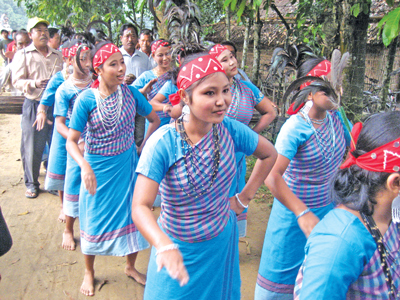 After the brutal killing of the Father of the Nation Bangabandhu Sheikh Mujibur Rahman,  to gain political and constitutional legitimacy the military rulers amended the 1972 Constitution - including redefining the state principles, eliminating secularism, identifying the citizens as Bangladeshi as opposed to Bengalee. To establish military-theocratic hegemony the rulers motivated the citizens that their root is based on religious identity as opposed to Bengalee identity which represent Bengalee culture as the principal social marker (Ali Riaz, Inconvenient Truths about Bangladesh Politics, Prothoma Prokashon, 2013). Article 38, of the first Constitution which prohibited the formation of religion based political parties was deleted and consequently political parties like Jamaat-e-Islami Bangladesh revived in the polity. In 2005, the High Court of Bangladesh declared the 5th amendment of the Constitution and the martial law regulations issued between 1975-1979 illegal (Bangladesh Italian Marble works limited V Government of Bangladesh and others (2005)). Finally in 2011, during the regime of Awami League government, secularism and related principles were reintroduced through the 15th amendment of the Constitution.

In many countries in the West, secularism means separation of religion from the state; however, secularism in the context of Bangladesh implies that all religions are to be treated equally. The Constitution recognises all religions equally, does not designate minority status to any religious community (religious minorities are minorities on the basis of number not by religious status) while grants equality and freedom of religion to all citizens. Secularism (religious neutrality) here does not mean the banishment of religion from public life rather equal opportunity for all religions for state patronage and participation in public affairs.

Article 2A of the Constitution declares Islam as the state religion though it adds - the State shall ensure equal respect and equal rights in the practice of Hindu, Buddhist, Christian and other religions which means the state shall ensure equal respect and rights in the practice of religions like Islam, Hinduism, Buddhisim, Christianity and other religions. The ceremonial reference of Islam as the State religion is a mere Constitutional courtesy and recognition of majority people’s religion. The State does not practice religious hierarchy and Bangladesh is historically a society that does not place emphasis on distinctions, as evidenced by the caste system that dictates nearly every aspect of life for a Hindu in India.

Secularism is one of the State principles (Article 8(1)), which is fundamental to the governance of Bangladesh; applied by the state in making laws; a guide to the interpretation of the Constitution and other laws; and form the basis of the work of the state and its citizens.  Article 9 speaks about solidarity on the basis of Bengalee nationalism deriving its identity form its language and culture, which was the spirit of liberation war and Article 9 also ascribes attainment of a just and egalitarian society free from exploitation by anyone.

Article 12 declares that, secularism shall be realized by the elimination of communalism, the granting by the state of political status in favour of any religion, abuse of religion for political purposes, discrimination against or persecution of persons practicing a particular religion. Under Article 41 every citizen has right to profess, propagate or practice any religion and also provides rights to religious communities to establish and maintain its own religious institutions. This Article further articulates that no person attending any educational institution shall be forced to attend or follow religious instructions of other religion (Saqeb Mahbub, Secularism and the Constitution of Bangladesh, Lambert Academic Publishing, 2012).

The constitution encompasses several provisions that emphasize complete equality and equal status of its citizens irrespective of their religion. Articles 27-28 of the Constitution stipulates that all citizens are equal before the law and are entitled to the equal protection of law;  the state shall not discriminate against any citizen on the grounds of, among others, sex and religion.

Therefore, any Hindu or Christian in Bangladesh has right not to be discriminated against due to his religious identity and can practice or propagate his religion freely. All religions are treated with same respect and Constitution has ascribed equality for all citizens, Hindu-Muslim alike. The Constitutional recognition of this ideology is also manifested in the State policy and laws which support the equal protection of minorities against violence and discrimination. The 1860 Penal Code explicitly condemns murder, rape, abduction and other abuses against all citizens, as well as the damage or defilement of places of worship, the outrage of religious feeling and the disturbance of religious assembly – all threats impacting especially on minorities. Bangladesh has also a Human Rights Commission which is mandated to observe any human rights violation and recommend any measure to protect the rights of the citizens which obviously includes the minorities. Furthermore, the Ministry of Religious Affairs is responsible to maintain the religious affairs of all religious communities. Under the said Ministry there exists Muslim, Hindu, Christian and Buddhists Religious Welfare Trusts which are deemed to be liable to maintain their religious establishments respectively.

In the light of the above the promise of a ‘ministry for religious minorities’ by Jatiya Oikya Front (as per their election manifesto of December, 2018), is contested and not desirable for few core reasons. First creating a religious minority ministry would divide the people on the basis of religious identity. Identity affects behaviour and historians contend that societies all over the world have systematically invented identities such as religion, symbols, etiquette, rituals, dress codes to divide people and create segregation. If a society is segmented on the basis of identity and identity is defined on the basis of religion, then identity becomes even more important to create dominance. Identity is important as individuals tend to favour members of their own group over members of other groups.

Recognition means facility, and many minorities may fall in that honey trap but a segmented society based on religious identity is bound to neglect the development of a true secular culture. If secularism and secular culture is overlooked then in the long run Bangladesh will lack that unified Bengali culture and tradition that combines all religion. Implementing an inclusive and secular platform that includes respect for the right to religious freedom would be jeopardised if people are identified and segregated on the basis of religion. A separate ministry for religious minorities would only hamper the growth of cohesion and unity of the citizens and minorities themselves will be the victims of such segregation. Furthermore, differential treatment for different religious groups can run the risk of systemic discrimination.

Thirdly, prejudice within majority communities can also be triggered as they might feel that they are losing their rights and status and minorities are receiving more preferences. Another concern is that by identifying religious minorities as a priority, Bangladesh might be a target of religious violence by religious extremist groups and minority persecution might increase since prioritising religious minorities mean excluding or ignoring the majority which can ignite fear and hatred among them. In this context, a more practical response is to fortify implementation of secularism and secularisation of the society and to ensure that the minorities get similar treatment within the existing framework that respects the rights and status of all.

When the Constitution, laws and state policy ensure equal status of all religions and equality of all citizens irrespective of religious identity, creating a separate ministry for religious minorities will only bring negative consequences. The promise of a seemingly beneficial minority ministry may cause huge toll on the religious harmony and secular culture of the country. This promise has political and ideological significance which deserves to be clarified by the Constitutional experts and Oikya Front leaders. 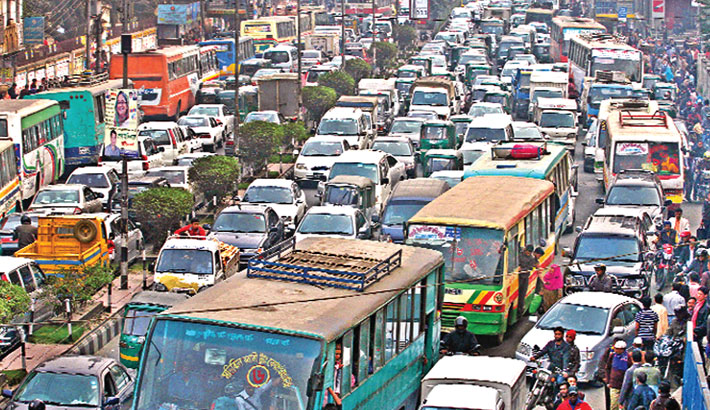