Surviving solely on air, sunlight and a few mint leaves 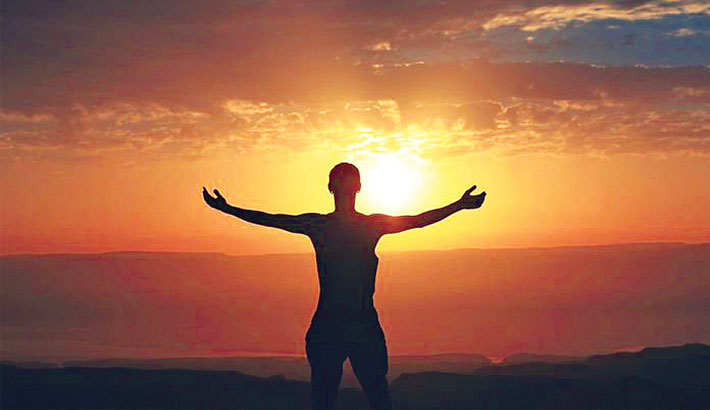 Khai Ho, 38-year-old self-described breatharian from Birkenhead, in the UK, claims he can last up to three months at a time on only 100 calories per week, surviving only on air, sunlight and the occasional mint leaves.

Ho, who works as a pizza deliveryman, claims that he has never taken much interest in food, constantly refusing his mother’s meals as a child, but only started giving up food completely over long periods of time four years ago, with the help of Hindu meditation. He says can last up to three months without consuming any kind of food, apart from some mint leaves to help with bitter taste in his mouth, and drinking water only rarely, sometimes just once per week. Apparently, meditation helps him absorb all the nutrients he needs from thin air and sunlight.

The 38-year-old breathrian said that before turning to meditation, he would eat normal food once every three or four days, but now doesn’t need to do that because he gets necessary nutrients from sunlight and can even absorb moisture from the air around him. He admits that most people think his crazy for fasting for months at a time, but claims that some consider him “incredible at the same time.

Khai says that his breatharian lifestyle keeps him alert, fully aware of his surroundings and gives him an overall amazing feeling. He adds that he always has so much energy that he often struggles to sleep. The meditation and lack of conventional sustenance has also cured of the pain he constantly pain due to a liver problem. “I now know how to heal the human body internally and naturally from many major diseases,” Ho said in a recent interview.

The English breatharian said that he is living proof that active men don’t really need 2,500 calories a day to survive, as traditional science claims. Still, Ho says he would never try to stop people from eating regular food, because everyone is free to do what they like.

Khai Ho claims that an added bonus of his food-free lifestyle is saving a huge amount of money on food. Still, he admits that social outings can be a bit awkward, as everyone around him is shoveling food into their mouths while he just sits there.

Ho isn’t the only person in the world to claim that they can live on air and sunlight alone. Last year, we featured breatharian couple Akahy Ricardo and Camilla Costello, who claim they’ve survived on “cosmic energy for the last decade. And then there was Kirby de Lanerolle, who also fed on energy and only ate real food a few times a year. But these were breatharian success stories. Unfortunately, they’re not all like that. Back in 2012, we also wrote about a Swiss woman who died while trying to survive on sunlight alone. Khai Ho himself admits that this is a lifestyle that people should be guided into, not jump head first into.