SRK’s daughter Suhana stars in a play in London 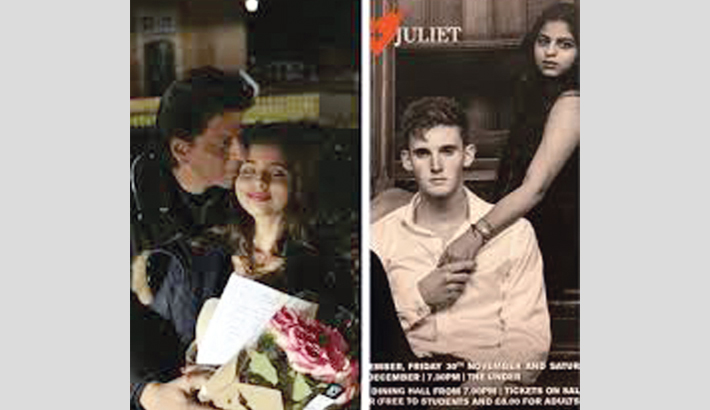 Shah Rukh Khan has always been very proud of his kids and keeps sharing their pictures on the social media, reports Hindustan Times.

The actor almost remains inseparable with his youngest kid AbRam who often accompanies him to events and cricket matches where he even waves to his father’s fans. But the father of three has always mentioned that his daughter Suhana Khan is the lady of the house. The doting dad recently shared a few pictures along with her post her performance in a play. SRK captioned the pics, “With my Juliet in London. What a wonderful experience and exceptional performances by the whole cast. Congratulations to the whole team.”

Shah Rukh not just visited London to witness his daughter’s live performance on stage but also presented her flowers as a token of love. The touching picture of him planting a kiss on her head is worth a thousand words. He also shared a snap of the leaflet advertising his daughter’s play. The star kid played Juliet in the play and is an active talent in the field of drama in her college.

In an interview with Times of India at the Kolkata Film Festival, the Jab Tak Hai Jaan actor had said, “I’ll be honest; my daughter is sanwli (dusky), but she’s the most beautiful girl in the world. And nobody can tell me otherwise.” She was last spotted at the Diwali party hosted at their residence Mannat. While she looked glamoruous in a navy blue sari gown, her elder brother Aryan was unable to join the family at the do.

Suhana turned 18 this year and made her cover debut with Vogue. In an interview with the magazine, the teenager had said, “Moving away at age 16 was the best decision of my life.