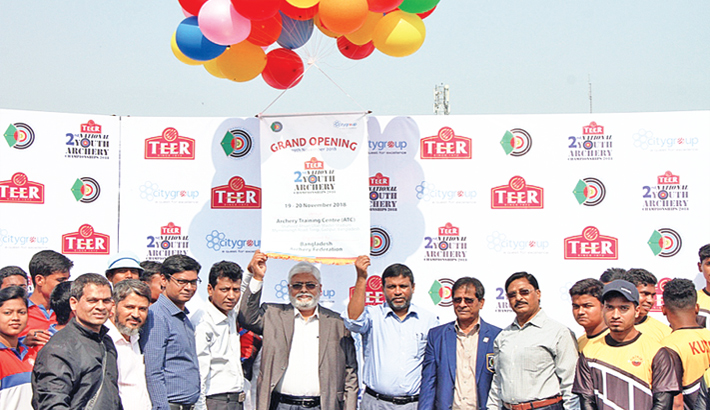 The event is organised by Bangladesh Archery Federation (BAF) with the sponsorship of City Group under ‘Teer Go for Gold’ project. The two-day event will end today at the same venue.

In the Cadet Category of U-17 group, Ibrahim Sheikh Rezwan of Teerondaj Sangsad clinched top slot in the boys’ singles scoring 662 while Diya Siddiqui of BKSP finished top in the girls’ singles making 634.

A total of 56 participants (39 male and 17 females) are partaking in this two-day championship.