Karan stirs up a Koffee session with Aamir 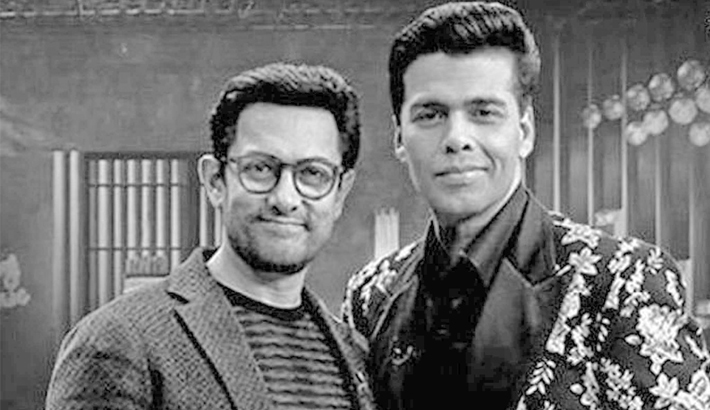 With a career spanning 3 decades in the Indian film industry, and significant experience as a TV talk show host himself, Aamir Khan has a lot of tricks up his sleeves, reports Mid-day.

Watch the B-Town perfectionist and Karan Johar reveal a bounty of untold tales, only on Star World Original – Koffee with Karan, Season 6.

Being so popular and influential doesn’t come in easy; it comes with an undying fire to take risks, the will to strive for more, and incredible courage to fearlessly support all those causes that one genuinely believes in. But wait a minute; the list of striking qualities doesn’t end here. There’s much more to Aamir than his serious side – a versatile actor, a state level tennis player and a prankster, he is indeed the master of all trades.

“What’s after Thugs of Hindostan?” everyone asks, but Aamir never spills the beans. KJo’s all set to take this challenge head on and get the game changer to talk about his future plans, how he strikes the right balance between his professional and personal life and much more!¬¬

When asked to name his BFF in the Bollywood industry, Karan’s response is spontaneous and assured, ‘Adi Chopra’. He espouses on how they are exact opposites. He suffers from severe FOMO (Fear of Missing Out), where he stresses about missing out on parties, conferences, reality shows, movie premieres or absolutely any event that matters; whereas his best friend is completely the opposite. Aditya suffers from FOGO (Fear of Going Out). Karan just wants to be Adi for a while, take a break from it all!