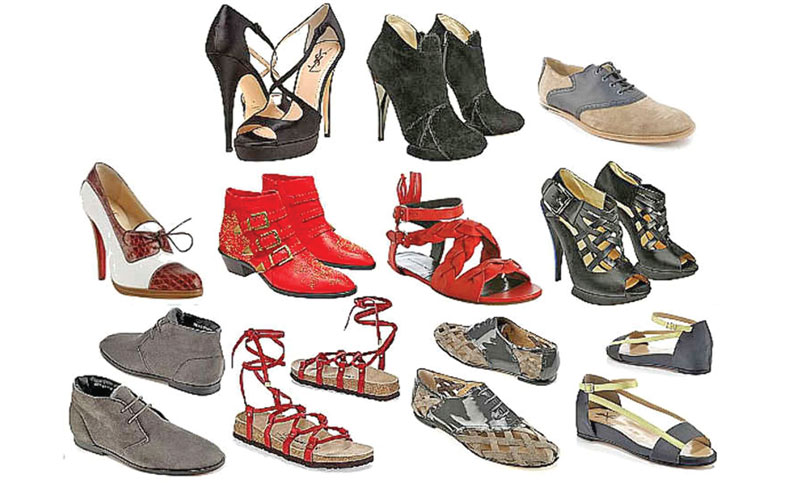 A decade ago, wearing foreign shoes was very common in Dhaka. But the trend is now being changed by locally made branded shoes, thanks to the local manufacturer for their outshining performance.

At present, Bangladesh ranks the eighth position in terms of footwear manufacturing in the world. The country’s footwear manufacturers have long been producing quality shoes. Earlier, most of the companies confined their business only on export.

With change of people’s lifestyle and increasing buying capacity, many of the companies are now entering into local market with their own brands.

According to the footwear industry insiders, more than 30 exporters have introduced local brands and are now doing business in the country having their showrooms across the country.

Apex Footwear, that holds 15 percent of the country’s footwear export and also the largest shoemaker in this subcontinent, is dominating the local market by producing more than 3 million pairs. All these are being sold through a chain of around 220 outlets across the country.

It started leather tanning in 1975 and footwear business operation began in 1990. Apart from export, this footwear giant started domestic market sale in 2003.

During the last decade, popular brands like Bay, Hamco, Jennys, Fortuna, Crescent, Vibrant, Leatherex, STEP, Walkar, Orion, Falcon, Zeils, Sampan and many other companies have put their presence among the consumers. Apart from the footwear brand, clothing brand like Ecstasy, Sailor, Occult and Freeland are also manufacturing shoes for the domestic market.

Bay Emporium, a concern of Bay Group entered the local market in 2006, now has around 50 outlets across the country and wins the heart of footwear lovers.

ZEiL’s is another brand which also hit market in 2012 and now has more a dozen stores also got popularity in recent years.

Shampan Group, another exporter, has entered in domestic market with its brand ‘Shampan’ and doing business since 2012 with its 9 outlets.

Fortuna Group, exports footwear and leather for around 35 years, entered in the domestic market with its brand ‘Fortuna’ and now has 15 sales outlets in the country. Two big footwear exporting companies hit the market during the last couple of years which are Crescent and Vibrant. Crescent, local footwear brand of Crescent Group’ has set up 20 showrooms within three years span of time.

Vibrant, a brand of US-Bangla Footwear, entered in domestic market this year and now have six outlets in Dhaka and has plan to expand the business across the country. HAMCO Group also set its footmark in footwear market in 2014 while Orion Footwear stepped into this arena in 2015.

Presently Orion has 30 outlets in capital city Dhaka and major divisional and district towns. It has plans to open another 10 outlets by 2018, said Orion Footwear officials. It may also mention that Bata Bangladesh has been dominating the footwear industry long before the independence of the country. In Bangladesh, Bata started its operation in 1962. Currently Bata Shoe Company (Bangladesh) Limited operates two manufacturing facilities – one in Tongi and the other in Dhamrai with a production capacity of 160,000 pairs of shoes daily and annual shoe sales currently stand at about 30 million pairs.

The official and experts said that the local exporters are opening stores in large numbers as the market is huge and consumers taste for high-quality products have increased.

Bangladeshi footwear makers are producing footwear for world’s best brands and win the heart of domestic customers, he said adding that entire market will be captured by local makers.

Echoing the same, chairman of Bangladesh Finished Leather, Leather Goods and Footwear Exporters Association (BLFFEA) Mohiuddin Ahmed Mahin also said that there is no confusion over the capacity of Bangladeshi footwear makers. It is good for the market and economy that local footwear is outperforming the foreign shoes.