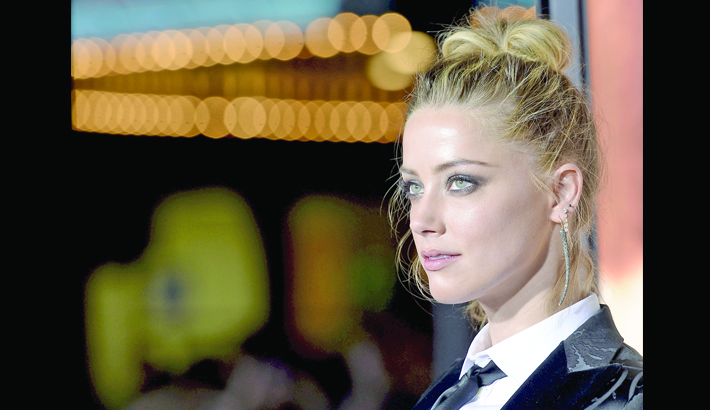 Hollywood star Amber Heard isn't attracted to people who are ''healthy'' for her.

The 'Aquaman' actress - who dated photographer Tasya Van Ree for five years, had a turbulent marriage to Johnny Depp and then romanced Tesla founder Elon Musk - hopes she can find a better relationship and admitted her friends have warned her off many of her partners in the past.

Asked if her pals know someone is bad for her before she does, she said: ''Yeah. It was a running joke among my small group of friends - they call me Calamity.

''There's something to be said about who one is drawn to. I'm not necessarily drawn to... healthy.

''But I have hope. I hope to find an honest attraction to someone who is healthy. I very much want that.''

And the 32-year-old star admitted she has made better choices with her female partners than male.

While Amber has faced a backlash for being open about her bisexuality, she would never have faked a heterosexual relationship, even though it was suggested to her.

She said: ''People talk about coming out and feeling a sense of relief. I listen to them with a bit of jealousy because my experience was the opposite.

''It was devastatingly hard and I suffered greatly for it.

''When people talk about coming out, I wasn't ever in.

''If a man had come into my life at that point, with whom I could have escaped the highly politicised and misinformed narrative, I'd have loved that. But it needed to be authentic.

''By the way, I was also asked if I wanted to have a date with another actor who also 'valued their private life'.'' —Contactmusic