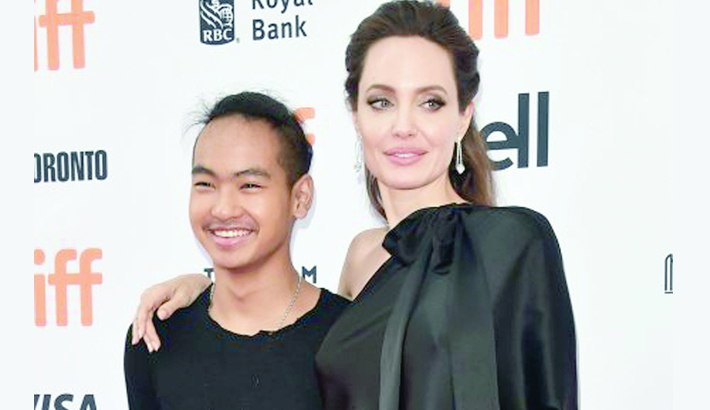 Hollywood superstar Angelina Jolie‘s oldest child is getting ready to leave the nest, reports people.com. The mother of six, 43, traveled to South Korea on an official visit as the United Nations High Commissioner for Refugee (UNHCR) Special Envoy and she made sure to set aside time for her 17-year-old son Maddox to visit university campuses in Seoul.

The teenager has spent time studying the Korean language and is interested in studying in the country. This is his first visit to a campus. While there, Jolie stepped out alongside her 14-year-old son Pax while Maddox rested before embarking on his tour. Jolie shares her six children, including Shiloh, 12; Zahara, 13; and 10-year-old twins Vivienne and Knox with ex Brad Pitt. Fans on Twitter and Instagram shared photos of the Maleficent actress and Pax while dining out at a traditional Korean BBQ restaurant.                —Contactmusic