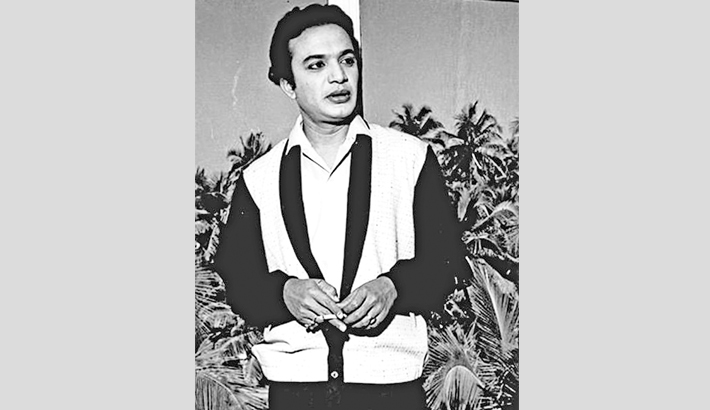 Uttam Kumar, the legendary Bengali film actor, was remembered on his 92nd birth anniversary on Saturday.

Marking the day in a befitting manner, socio-cultural organisations held elaborate programmes in Bangladesh and West Bengal of India.

Besides, satellite television channels of both the countries aired quality programmes paying tributes to the late iconic superstar of the screen.

Uttam Kumar is a versatile genius of his time.

Uttam Kumar was born as Arun Kumar Chatterjee at his ancestral home in Kolkata on September 3 in 1926.He is widely regarded as one of the greatest and classic actors of Indian cinema and known as  Mahanayak.

He remains as much of a cultural icon. Through his career, he earned commercial as well as critical adulation. Uttam is considered one of the most popular film stars in the history of Indian cinema. He managed to have numerous fans and he mainly concentrated in the regions of Bengal and Bangladesh.

In his lifetime, he was a recipient of a number of awards, including National Film Award for Best Actor. In his honour, a metro station was renamed in Kolkata. His first release was Drishtidan directed by Nitin Bose. He also worked in an earlier unreleased film titled Mayador. Then he acted in about four to five flims - all of which were flops.

He dubbed as the 'Flop Master General'. When he used to enter the studio, people would laugh at him and pass comments like ‘Here comes the new Durgadas....Meet the new Chabbi Biswas...’.

Apart from Bengali, Uttam Kumar also acted in some Hindi films such as ‘Chhoti Si Mulaqat’, ‘Amanush’, ‘Anand Ashram’, ‘Dooriyaan’, ‘Bandie’ and ‘Kitaab’. But his towering contribution was to Bengali cinema and the Bengali film industry on the whole. From 1947 to 1980, both in Bengali and Hindi, Uttam Kumar acted in 202 films. Of them, 39 were blockbusters, 57 were super hits, 57 made profits above the average and the rest flopped.